Gary Mallette, 51, is described as a career criminal with at least 50 prior arrests.

He was named as a suspect in the attack at the Castle Hill Houses after police say he told the victim he was at her apartment to fix a water leak.

When she opened the door, the suspect pushed in and allegedly asked: "Where's the money?"

He then struck the victim in the face several times and attempted to sexually assault her.

A family member then entered the apartment, which scared off the suspect, who fled with her cell phone and jewelry.

Detectives were already on the lookout for him after learning he was known to frequent the Times Square area.

The suspect appears to live in the Castle Hill Houses with his mother, the same apartment complex where he allegedly attacked the victim Saturday. 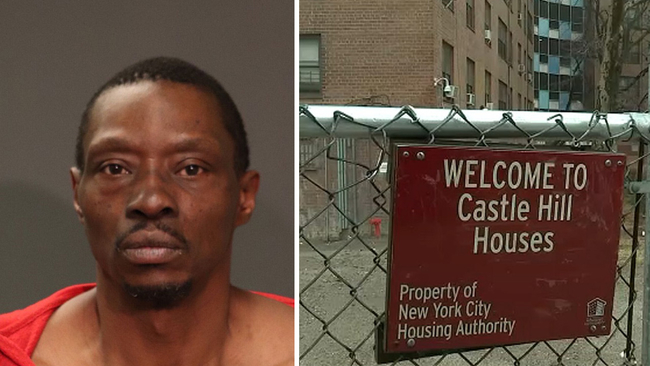