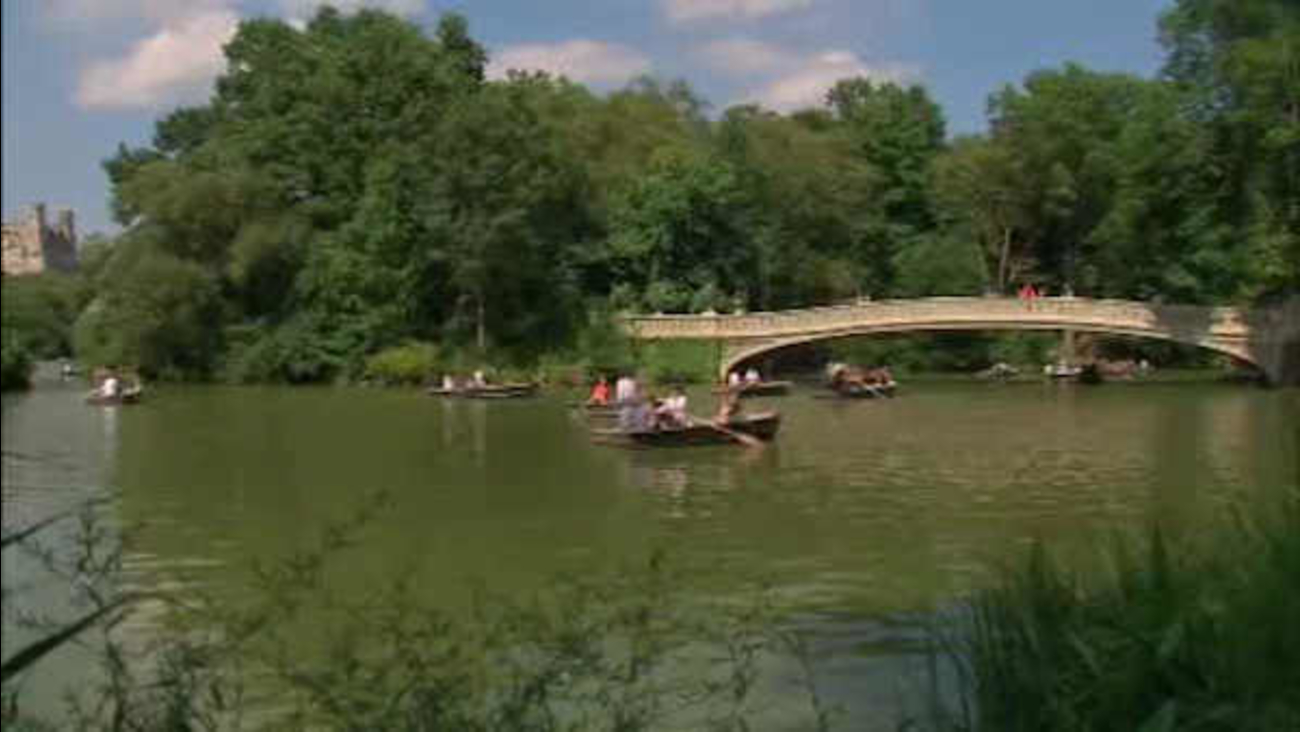 NEW YORK (WABC) -- The NYPD has released new surveillance photos of two men wanted for a mugging in Central Park.

At about 10 p.m. on June 5th, police say a 28-year old man was walking inside of Central Park in the vicinity of Cross Drive and East Drive when the two suspects approached him from behind and pushed him over a railing onto the ground.

The suspects then began to punch the victim and hold him down while removing approximately $30 cash before fleeing, police say. The victim sustained injuries to his face and hands.

The suspects are described as being in their late teens or early twenties.