What we know about Chanel Lewis, Karina Vetrano's suspected killer 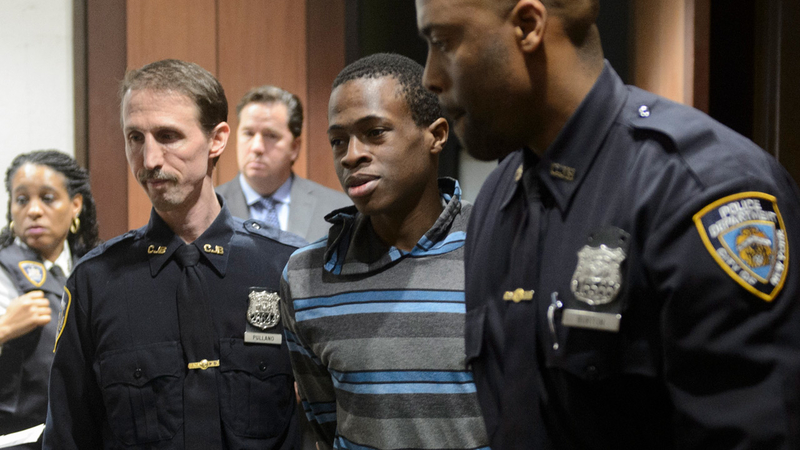 An official briefed on the investigation told Eyewitness News that Chanel Lewis made two videotaped confessions. He indicated he was angry about something at home and left. Lewis wandered into Spring Creek Park and when he saw Karina, the official said he just 'lost it,' hitting and choking her.

The official said Lewis gave a detailed account of the August 2 attack to arresting officers but denied any sexual assault.

Evidence has been recovered at Lewis' apartment, including clothing he may have been wearing at the time of the attack.

Until recently Lewis was just a figure tugging at the mind of an NYPD lieutenant and not the prime suspect in the murder of Karina Vetrano. Until his arrest on Saturday night, the police had checked 1,700 investigative reports filed in connection with Vetrano's death and followed 250 leads. Lewis became just another lead when Lt. John Russo recalled him 10 days ago.

"One of my lieutenants who works in my office lives there, lives in the community and came to remember a stop," Chief of Detectives Robert Boyce said Monday. "He followed up on a memory of his when someone was stopped for suspicious behavior in that community."

Lewis was tracked through a 911 call in the spring of 2016 and through three prior summonses dating back to 2013. One was for urinating in public. Two others involved breaking the rules in the park where Vetrano's body was found.

"Once we saw that he was in and around the Gateway Park area that's when we went to speak to him," Boyce said.

That was February 2. Lewis voluntarily gave a DNA sample, one of 600 taken in the case. A positive match was returned from the Office of the Chief Medical Examiner on Saturday, when, Boyce said "the case took off from there."

Lewis has been charged with second-degree murder in Karina Vetrano's murder.

Tina Luongo with the Legal Aid Society, which is representing Lewis, released a statement Monday afternoon.

"We have a full defense team working on this case, including our DNA unit dedicated to scrutinizing the evidence collected by local authorities," Luongo said. "We are spending this critical time getting to know our client and his family, and reviewing all the facts associated with this case. We caution everyone - including the media - not to rush to immediate judgment. As our judicial system affords, Mr. Lewis is entitled to fairness and due process."

Officers continued to post guard outside of his Brooklyn home on Monday night.