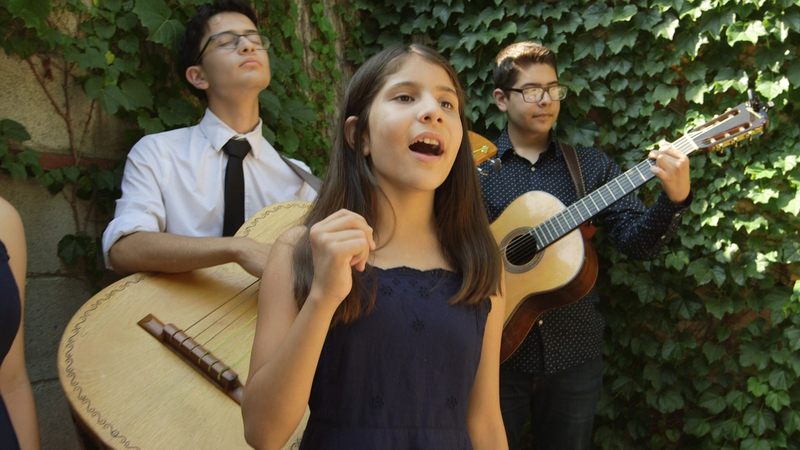 CHICAGO -- What does a musical dad do when all seven of his children also share the gift of music? Form a family mariachi band, of course.

And that's exactly what dad Juan Lucero did with his talented kids ranging from age 8 to 19. When they come together - whether it's spending family time or playing music - it's heavenly, and that's why Juan called the band "Cielitio Lindo," or "beautiful heaven."

The band has played at some of Chicago's biggest venues, performing at a Chicago Bulls game and singing the National Anthem for the Cubs opener.

But Juan said that as much as those one-of-a-kind events are amazing, the family gets a real thrill when making that direct connection with people in smaller venues, whether that's singing at a restaurant, a birthday party or serenading a couple at a an anniversary or engagement.

Every Monday evening, Cielito Lindo can be heard performing at Old Pueblo Cantina, a restaurant in Chicago's Lincoln Park neighborhood.

In 2020, Cielito Lindo fell onto some hard times during the pandemic lockdowns. Eighty percent of their bookings dried up and they were in fear of losing their home. But a neighbor set up a GoFundMe page and Chicagoans and people from across the country stepped up to the tune of $65,000.

The Luceros were able to stay in their home and through the difficulty and uncertainty, made lemonade out of lemons. They used the pandemic lockdown time as an outlet for other creative efforts.

Diego, one of the sons in the band, used the extra time to compose his own song, "Welcome to Light City," and released it on Spotify.

Brother Miguel, started creating a video game called "Gilded Age," which he is working on with friends to this day. He also did the artwork for his brother's song.

Although the pandemic is ongoing, the family band is still getting bookings. People who heard about their story want to help by booking them at their events.

Cielito Lindo is keeping their fingers crossed that those bookings continue through the fall and winter months. But, if they don't, Juan says they'll adjust, and figure out a way to entertain online.

With a name that means "beautiful heaven," perhaps they will get a little help from above, too.