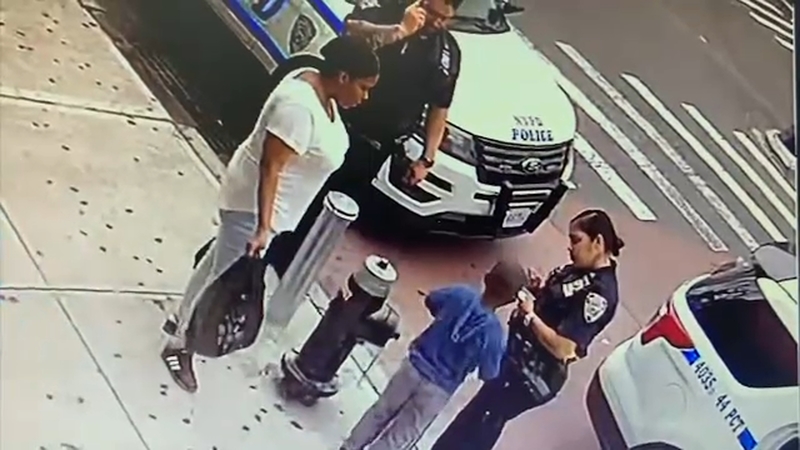 MORRISANIA, Bronx (WABC) -- A father has been arrested after a 5-year-old boy was found wandering the streets in the Bronx all alone on Wednesday morning.

Police say a woman called police after she saw the child by himself in front of a fast food restaurant.

The boy was taken to St. Barnabas Hospital to be evaluated, but police said he seemed to be in good shape.
EMBED More News Videos

Police say the father, 51-year-old William Asamoah of Baychester, has full custody of the boy and went to drop him off at his mother's house.

According to the NYPD, Asamoah thought she would be back in five minutes and left the child at the house by himself, but the boy got out and was found in the street.

The mother came home and realized the child was missing. They were reunited at a police precinct and the child is in custody of ACS.

Asamoah is set to be arraigned in Bronx Criminal Court. He's facing charges of attempted abandonment of a child, and attempted endangering the welfare of a child.

Hours later, a 1-year-old was found wandering alone in Newark, New Jersey. The child was taken to the hospital but appears unharmed.