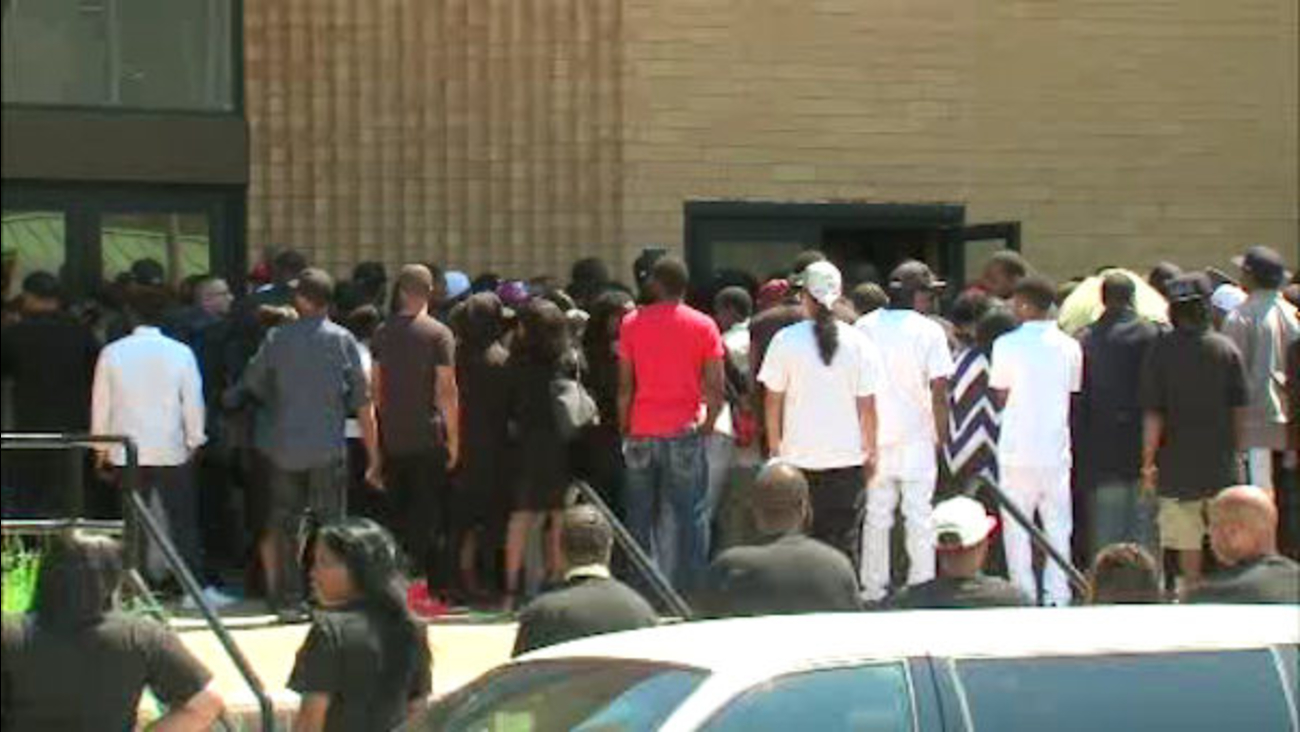 BRIARWOOD (WABC) -- Family, friends and fans gathered Tuesday to bid a final farewell to a Queens rapper who was murdered in his car.

Long lines of people snaked down the block outside greater the Greater Allen AME Cathedral of New York in Jamaica to say goodbye to 31-year-old Lionel Pickens, who was killed in a drive-by shooting in Briarwood just hours after performing at a show in Brooklyn.

A friend was also shot but survived.

So far, no arrests have been made, and police have not identified a motive.

Pickens was married to Janelli Pickens. The two grew up together in Far Rockaway and have two daughters, ages 14 and 11, and a 4-year-old son.

Pickens was a member of fellow rapper French Montana's "Coke Boys" and had just performed at a Brooklyn nightclub Saturday night. He was going to a bar with a 27-year-old man but got there after it was closed. He was then driving his friend to a nearby subway station in Queens when the deadly encounter took place on Queens Boulevard.

At 4:04 a.m., police said another car drove up, and a gunman opened fire, striking Pickens at least eight times.

"As soon as I heard gunshots, I ducked," eyewitness Raymond Rivera said.

Rivera was up the block from where Pickens, though shot, was able to drive his Porsche. Pickens then crashed into another parked car.

"When he fell on the ground, he just laid there, he was motionless," Rivera said. "He didn't move, he didn't scream."

The other man in the car was struck in the back and suffered a punctured lung.