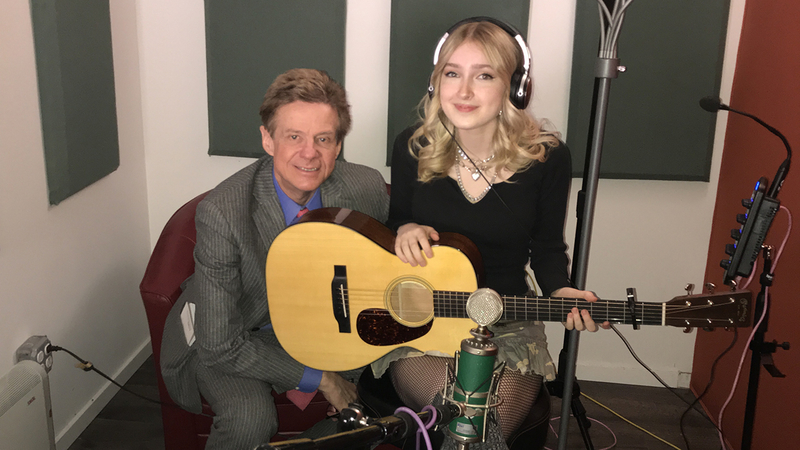 NEW YORK CITY (WABC) -- Popular music has always been a young person's game, but we're living in an era when a teenager like Billie Eilish can win five Grammy Awards in a single evening and kids even younger can compete on ABC's "American Idol."

So we thought it was time for an update on a local high school student we introduced to you a couple of years ago: Chloe Hennessee is a singer songwriter from New York City.

First, she won a songwriting contest sponsored by the Mayor's Office of Media & Entertainment. Then, Chloe went from having hundreds of followers on social media to having thousands. Now, she's enlisting their support to raise money using a crowdsourcing website.

"This way, my supporters really feel connected and they're a part of what I'm doing," Hennessee said.

The 17-year-old high school junior is working with producer Wayne Silver at The Ice Plant, his studio in Long Island City. She is recording seven tunes she plans to release at the rate of one per month starting at the end of February.

We joined her as she was recording "Time Bomb," a song she describes as being, "about growing-up and deciding what I'm going to do the rest of my life."

All this costs a lot of money, which is why she is asking for donations from her fans and friends. Her gratitude is obvious.

"I wanted to convey to my supporters that they're as much a part of this process as anybody around me is," she said.

Her dad Paul is a music teacher who supports her, and so do her friends at the Spence School in Manhattan. But it is the kindness of strangers that has given Chloe the confidence to continue

And for those willing to put up $400, Hennessee will even come to your home and perform just for you.