Clinging jellyfish found in another river near Jersey Shore 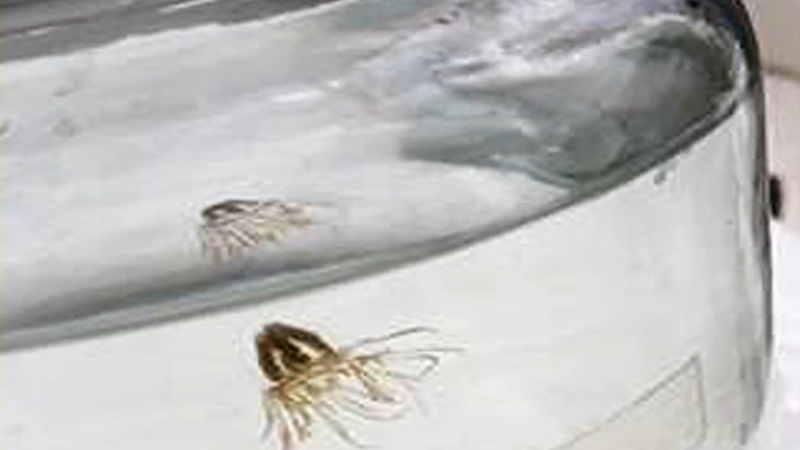 Clinging jellyfish found in another river near Jersey Shore

OCEAN COUNTY, New Jersey (WABC) -- The Department of Environmental Protection is advising recreational users of Ocean County's Metedeconk River to exercise caution following confirmation of the presence of clinging jellyfish, a non-native species with a powerful sting, in the coastal waterway.

A native to the Pacific Ocean, clinging jellyfish are small -- about the size of a dime -- and very difficult to spot in the water. A sting can produce severe pain and other localized symptoms and, in some cases, can result in hospitalization.

The clinging jellyfish is not known to inhabit ocean beaches or other sandy areas but tends to attach itself to submerged aquatic vegetation and algae in back bays and estuaries, areas not heavily used for swimming.

The DEP encourages the public to use common sense and caution during recreation in areas where the jellyfish are suspected. Anyone wading through these areas, especially near aquatic vegetation, should take precautions, such as wearing boots or waders to protect themselves. Swimming near lifeguarded beaches is always encouraged.

Previous surveys in 2016 and 2017 found a single clinging jellyfish from the Manasquan River and did not detect the jellyfish outside isolated populations in the Shrewsbury River.

Montclair researchers this week confirmed the presence of about 15 clinging jellyfish of varying sizes off a private dock in the Metedeconk.

The Metedeconk River flows into the northern Barnegat Bay. The DEP is conducting additional surveys of this area and the river.

Sea nettles, another type of jellyfish with a less powerful sting, are common in Barnegat Bay but are much larger. The clinging jellyfish has a distinctive red, orange or violet cross across its middle.

Both the adult, or medusa, and polyp stages of the clinging jellyfish are capable of stinging, a mechanism the species uses to stun prey and to defend against predators. Each jellyfish can trail 60 to 90 tentacles that uncoil like sharp threads and emit painful neurotoxins. Tentacles grow to be about three inches long. Clinging jellyfish primarily feed on zooplankton.

If stung by a clinging jellyfish:

--Apply white vinegar to the affected area to immobilize any remaining stinging cells.
--Rinse the area with salt water and remove any remaining tentacle materials using gloves or a thick towel.
--A hot compress or cold pack can then be applied to alleviate pain.
--If symptoms persist or pain increases instead of subsiding, seek prompt medical attention.

Clinging jellyfish do not swim or migrate but can be spread by boats and in ballast. They were first observed in the eastern Atlantic at Woods Hole, Massachusetts. By the 1920s, they had spread to other waterways in Massachusetts and Connecticut, likely through introduction by ship ballast or from Pacific oysters containing polyps.

If you see a clinging jellyfish, do not try to capture it. Take a photograph if possible and send it to Dr. Paul Bologna at bolognap@mail.montclair.edu or Joseph Bilinski at joseph.bilinski@dep.nj.gov along with location information.

CLICK HERE for a fact sheet on clinging jellyfish.