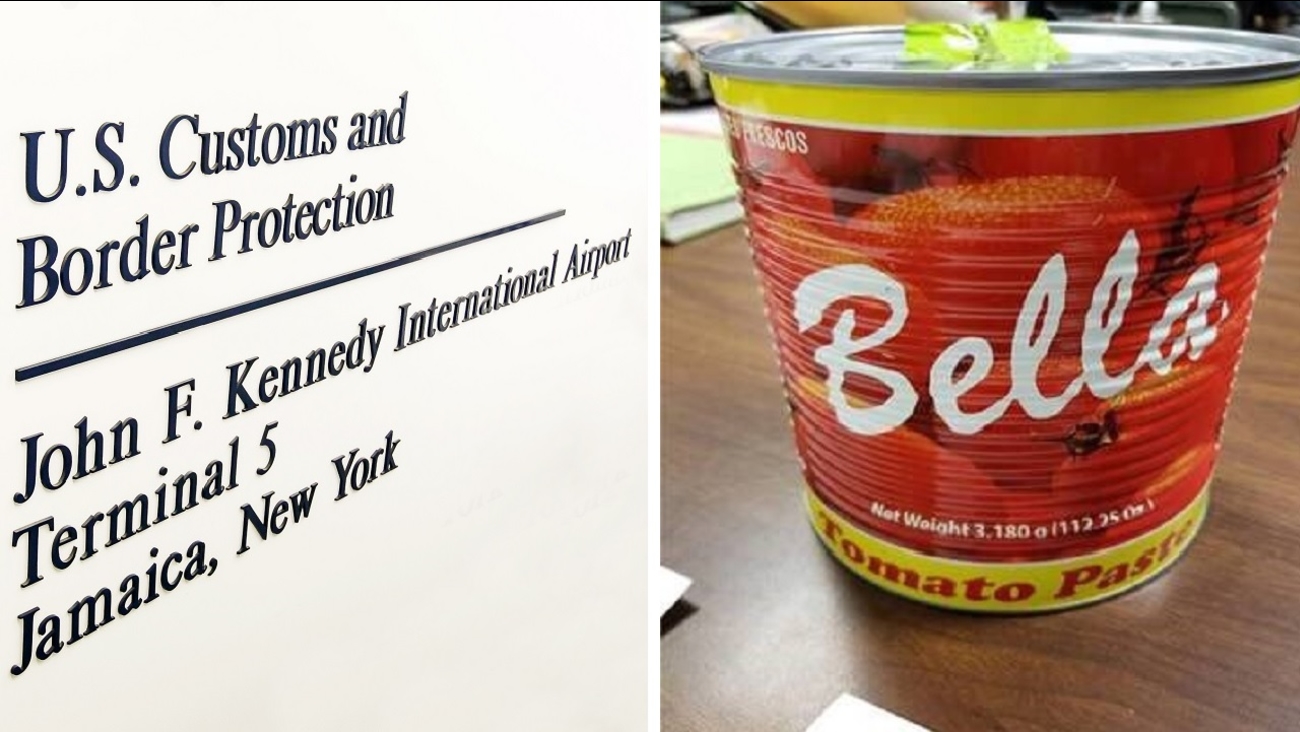 JAMAICA, Queens (WABC) -- Police arrested a man at JFK Airport on Saturday after they say he tried to smuggle five pounds of cocaine in a can of tomato paste.

Keiter Elian Morales arrived at the airport on a flight from the Dominican Republic. Customs officers inspected a large container of 'Bella Tomato' paste.

NYPD Officer Amaury Abreu, 34, was arrested at his Long Island home and is accused of conspiring to import and distribute cocaine.

Once officers opened the container, they discovered the cocaine, with an estimated street value of $160,000.

Morales was arrested for importing a controlled substance and was sent to Homeland Security Investigations.

He faces federal narcotics smuggling charges and will be prosecuted by the U.S. Attorney's Office in the U.S. Eastern District Court of New York.

The encounter was caught on video and has since gone viral, prompting accusations of racial profiling and injustice.