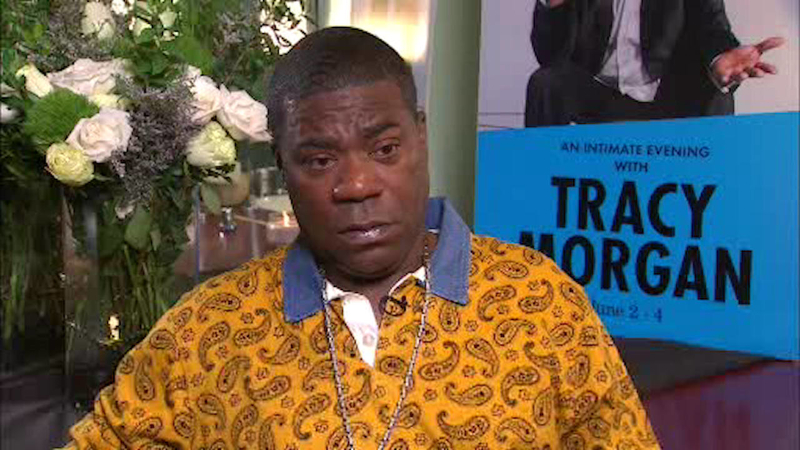 NEW YORK (WABC) -- Comedian Tracy Morgan is back at work and telling for the first time the heart-wrenching story of meeting the man who saved his life.

Morgan launched a one-man show Thursday night at "Caroline's on Broadway" comedy club, the first of three nights, called "Picking up the Pieces."

He spoke to Entertainment Reporter Sandy Kenyon about when he met the first responder who pulled him out of the wreckage that fateful night two years ago on the New Jersey Turnpike.

"He was shaking for two years now, and I just held him and told him 'I love you very much, I love you very much, thank you so much.' And we started to talk and he said when he pulled me out, a 23-year-old man, I was covered, and he was covered in my blood from head to toe, and he said I was swinging. I said, 'Why was I doing that?' And he said, 'You were fighting for your life.' I wasn't ready to go man. I got a little girl, I got sons, I got my audience, I got my wife, I wasn't ready to go," Morgan said.

One more thing he told Sandy, his 10-month-old daughter was supposed to travel with him, but she was teething and stayed at home. That may have saved her life.