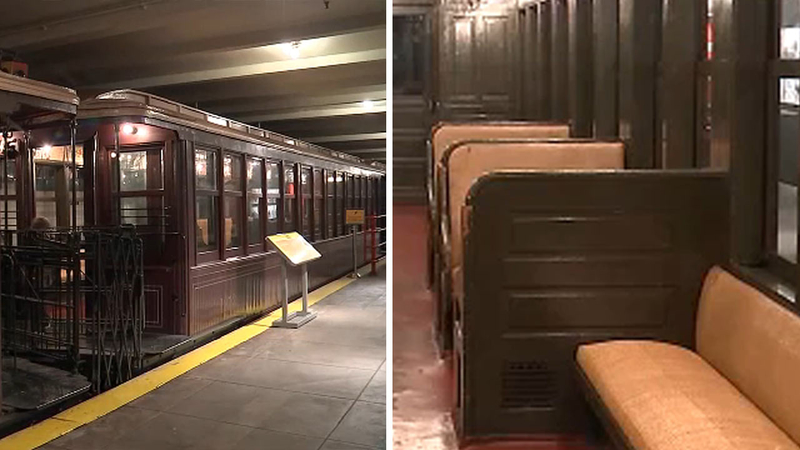 "Families, friends, visitors are coming to visit this area at this time of the year," Transit Museum director Concetta Bencivenga said. "And so we love to host them here at the transit museum. A really special time."

Bencivenga said one of the most popular events is being able to ride the old cars.

"The Sunday after Thanksgiving through New Year's Eve, they are going to start from the F line subway station on Second Avenue on the Lower East Side and they are going up to Harlem," she said while sitting in an old Blue Bird car that carried riders to the world's fair in the 1960s.

One of the biggest displays is the vintage fleet of cars on both sides of a decommissioned station set for a giant swing party.

"Four swing bands throughout the entire museum," Bencivenga said. "We have partnered with New York Distillery. We are going to have a cocktail called the 'Bee's Knees,' which is a rip on a prohibition era cocktail, which we are really excited about."

This will be the sixth year of hosting the Dec. 12 party.

"It is things like the incandescent light bulbs, the rattan seats, the ceiling fans and the period ads," she said. "People love the vintage ads we have in the cars, so what better way to have a swing party."

The events are popular and draw interest from those who come to New York for the upcoming holidays. Tickets for subway swing go on sale Thursday at 11 a.m. on the New York Transit Museum's website.

"And the best part of the nostalgic rides is you just swipe or tap and go, and you are ready to take the ride," Bencivenga said.