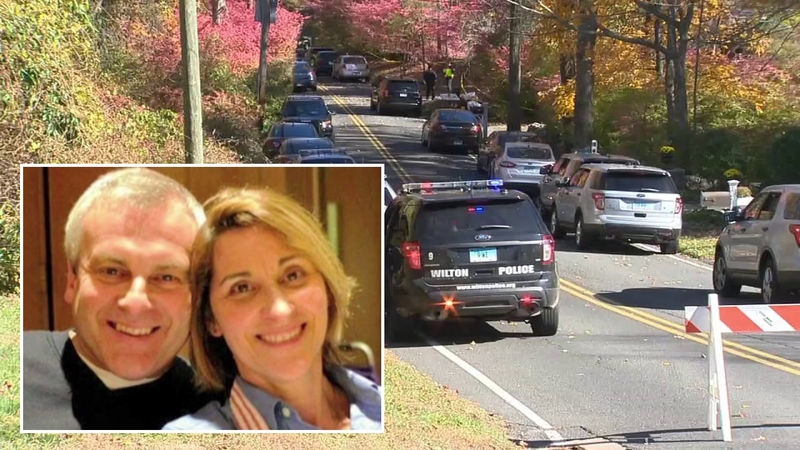 WESTON, Conn. (WABC) -- The 27-year-old son of a Connecticut couple whose remains were found in a yard months after they disappeared faces murder charges in their deaths, state police said.

An arrest warrant charges Kyle Navin, who already is in federal custody on a weapon charge, with two counts of murder and murder with special circumstances, state police said. Navin's girlfriend, 31-year-old Jennifer Valiante, was arrested Friday night and charged with conspiracy to commit murder and hindering prosecution.

A police affidavit says Jeffrey and Jeanette Navin were considering cutting their son, Kyle out of their will.

The bodies of Jeffrey and Jeanette Navin, of Easton, were found Thursday in the yard of a vacant home in Weston, the medical examiner's office confirmed late Friday. Easton and Weston are wealthy, neighboring towns near Bridgeport. 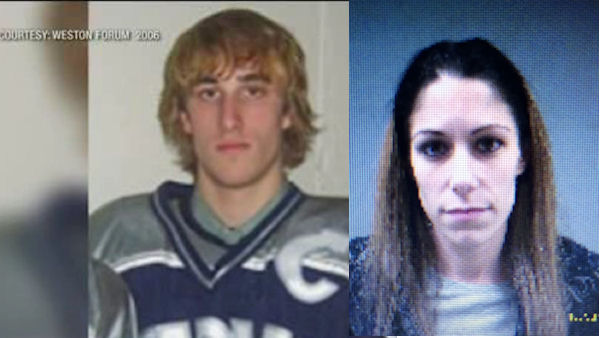 Earlier Friday, Assistant U.S. Attorney Tracy Dayton said there was evidence, including the discovery of the remains, that "very strongly suggests" that Kyle Navin killed his parents. Her comments came during a hearing in federal court in Bridgeport in the weapon case against Kyle Navin.

His lawyer, Eugene Riccio, declined to comment on Dayton's statements, the discovery of the remains or the gun charge.

Jeffrey and Jeanette Navin hadn't been seen since Aug. 4. Their pickup truck was found with a shattered window on Aug. 9 in a commuter parking lot in Westport. Jeffrey Navin, 56, was president of J&J Refuse in Westport. Jeannette Navin, 55, was a school library aide in Weston.

In the warrant obtained by state police charging Valiante, investigators described DNA evidence found in Kyle Navin's truck and his basement, according to the Hartford Courant.

In one July exchange, he mentioned a plan to "solve every single problem and give us a wealthy amazing life," The New York Times reported, citing an affidavit used to obtain the arrest warrant.

She replied: "I hear ya. It sounds very good I just don't know."

After a few exchanges, he wrote, "Wipe out the infection and get $ for life. ... It's perfect plan."

Kyle Navin was arrested on the federal weapon charge Sept. 8 after authorities say they searched his Bridgeport home and found two firearms, ammunition and evidence he was using heroin, oxycodone and other controlled substances. He has pleaded not guilty to possession of a firearm by an unlawful user of a controlled substance.

During the court hearing Friday, U.S. Magistrate Judge William Garfinkel ordered Navin to remain detained without bail on the gun charge. Navin's bond on the murder charges was set at $2.5 million, while Valiante was being held on $2 million bail. Valiante, of Westport, is scheduled to appear in court on Monday.

The Navin family has asked for privacy, state police said.

According to the arrest warrant affidavit in the gun case, Jeffrey Navin texted his son on Aug. 4 saying he would not go home until his knew Jeannette Navin was OK. The father also asked his son if he hurt his mother.

"No absolutely not. Why would you think," Kyle Navin responded, according to the affidavit.

"I go home and get framed for murder," Jeffrey Navin then texted.

A short time later, Jeffrey Navin texts his son with, "U R setting me up."

"Dad really what are you talking about?" Kyle Navin replied.