'Why should somebody steal from us?' Girl Scout cookie money stolen from New Jersey troop 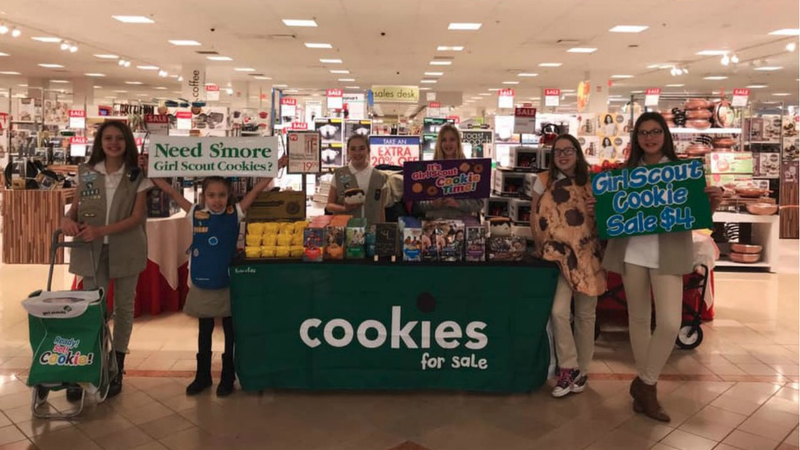 'Why should somebody steal from us?' Girl Scout cookie money stolen from New Jersey troop

WOODBRIDGE, New Jersey (WABC) -- Police are searching for the thief responsible for stealing an envelope full of cash and checks from a Girl Scout troop in New Jersey.

The incident happened just before 5 p.m. Friday while the girls were selling cookies at Woodbridge Center Mall.

The girls had already raised nearly $1,200 when someone not only walked away with the profits -- but also punctured the girls' spirits.

"We're all super sad, super mad, because...why should somebody steal from us," 6th-grader Reily Kascsak said.

Troop leader Jessica Medina said she briefly placed the bank deposit envelope on the table. When she went to pick it up, it was gone.

As soon as they noticed the envelope was missing, they notified mall security and called 911.

"I think it's really wrong to steal in the first place," 6th-grader Olivia Limmei said. "But to steal from the Girl Scouts, that's even worse, because we're kids."

Unfortunately the troop is still responsible for the price of the cookies. It's been a tough lesson for the 6th-graders who were doing the right thing by working to pay for their expenses and raising money to help others.

"We're trying to get money for our trip and also help people that don't have homes and food," 6th-grader Adriana Cacchione said.

UPDATE: The Woodbridge Police Department has concluded its investigation and says insufficient evidence to support the theft allegation as initially reported. Potential suspects have been ruled out, and Medina is now speculating that perhaps the envelope containing the money was accidentally discarded with the trash as the scouts cleaned up the area.