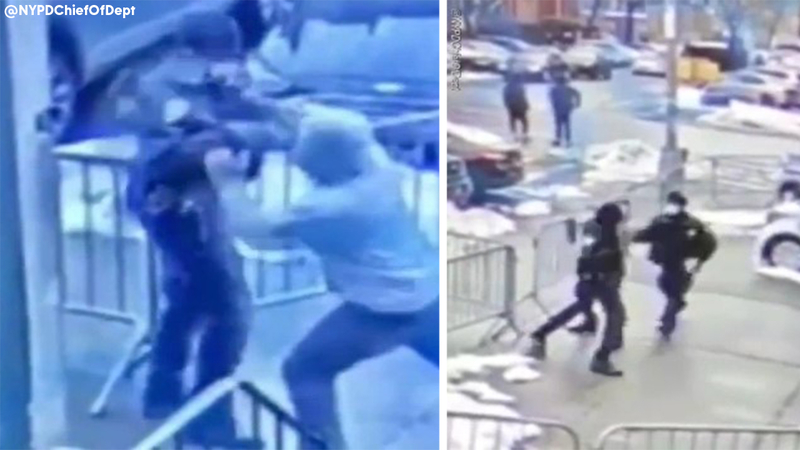 MOTT HAVEN, Bronx (WABC) -- A man was arrested and charged after he approached an officer and punched him in the face outside a Bronx station Tuesday afternoon.

Video released by police shows 34-year-old Bronx resident Clarence Joe walk up to an officer outside the 40th precinct and randomly punch him in the face.

NYPD Chief of Department Terrance Monahan tweeted about the incident on Tuesday.

Police work is unpredictable and dangerous as we saw today when a violent criminal assaulted an officer in front of a station house in the #Bronx. Fortunately, our great cops weren’t seriously hurt and they did a tremendous job arresting the man so he can’t hurt any New Yorker. pic.twitter.com/scgmf7n6K1

They say Joe passed through the security barriers outside of the precinct and then unexpectedly attacked the officer.

The suspect was eventually arrested and officials say a search revealed Joe was carrying illegal drugs in his pocket.

The officer suffered bruising and swelling to his face.

Officials say the suspect has been charged with assaulting a police officer, harassment and drug possession.