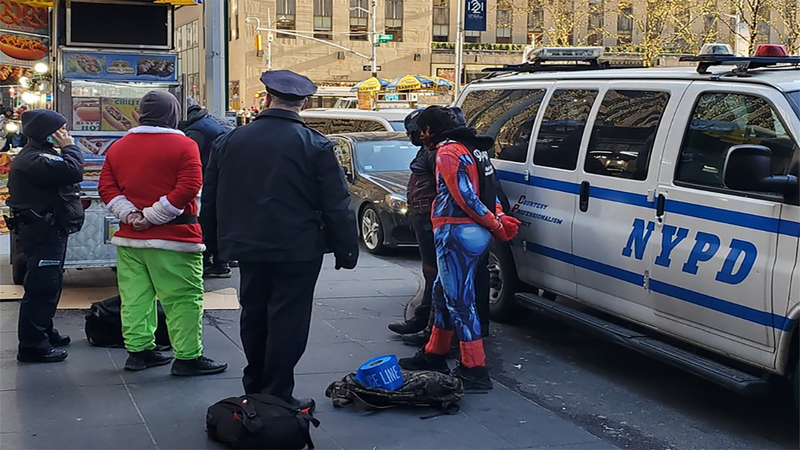 NEW YORK (WABC) -- People dressed as characters have become part of the Times Square experience, but now the costumed characters are appearing at another popular tourist destination, Rockefeller Center.

And police are cracking down.

Three people wearing costumes of The Grinch, Captain America and Spiderman were taken into custody Thursday afternoon near 49th Street and Sixth Avenue.

They were issued summonses in lieu of arrest. The three are facing charges of blocking pedestrian traffic.

While New York City regulates where costumed characters can operate in Times Square, that does not apply to Rockefeller Center. There, police say, no one is allowed to block pedestrians or cars.

In 2016, the city implemented designated activity zones in Times Square to regulate where characters can interact with tourists.