US coronavirus cases down but deaths surged by 30% last week, according to FEMA memo

AP
An internal FEMA memo obtained by ABC News reports that new cases are going down but deaths are surging.

In the seven days ending Monday, new cases nationwide have decreased 0.6% from the previous week but that time period also saw a 30.1% increase in deaths from the disease and deaths have been increasing steadily in recent days.

Major League Baseball suspended the Miami Marlins' season through Sunday because of an outbreak that has spread to at least 15 of the team's players, and a series of games this week between the New York Yankees and Philadelphia Phillies was called off as a precaution.

States like Florida, Arizona and Texas are in dire condition, and the virus also has been spreading farther north in recent days, causing alarm among public health officials who fear states are not doing enough to avoid catastrophic outbreaks like those in the Sun Belt.

"We are watching very carefully California, Arizona, Texas, and most of Florida," President Donald Trump said at a news conference. "It's starting to head down to the right direction."

Florida, however, reported another one-day high for COVID-19 deaths, with 191, while Arizona recorded 104, and Arkansas had a daily record of 20.

While the White House has begun to feel cautiously optimistic that the resurgence has begun to stabilize in parts of the Southwest, fears are growing about the potential for a significant uptick in the Midwest, including Minnesota, Wisconsin, Ohio, Indiana and Colorado, according to a Trump administration official who wasn't authorized to publicly discuss private conversations.

President Donald Trump doubled down on his dubious COVID-19 claims, defending a video that was taken down by Twitter and other social media platforms for spreading misinformation.

It's fueled largely by a rise in cases among young adults, who have been hitting bars, restaurants and health clubs again.

Over the past two weeks, Wisconsin's rolling average number of new confirmed cases has increased by 31%. Minnesota reported its largest one-day case count Sunday, with more than 860 cases.

The virus is blamed for over 4.3 million confirmed infections and about 150,000 deaths in the U.S., according to the tally kept by Johns Hopkins University. Globally, more than 16.5 million people have been infected, and more than 655,000 have died. The numbers are thought to be higher because of limits on testing.

Republican governors in Tennessee, Mississippi, Missouri and South Carolina have all resisted calls to close bars and gyms or issue statewide mask requirements, though local officials have imposed some of their own restrictions.

"My reaction is that I'm disturbed. I'm disturbed by it," said Dr. Anthony Fauci, the nation's top infectious-diseases expert. Those two efforts and other best practices would help "prevent the resurgence that we've seen in some of the other Southern states."

In Mississippi, nine of the state's biggest hospitals had no open intensive care beds as of Monday, and officials are considering opening pop-up facilities. More than 24% of coronavirus tests have come back positive in Mississippi over the past week, the highest rate in the nation and triple the national average.

Republican Gov. Tate Reeves has gone so far as to argue that because mask-wearing has become political, a statewide mandate could actually discourage people from covering their faces. Instead, he is requiring masks only in the most seriously stricken counties.

Terry Sullivan, general manager of Fondren Fitness in Jackson, said a statewide requirement would be "the right thing to do."

"I know it's a hot topic, but if we can all just wear masks and really do right for a month, it would help a lot to try and slow this down in Mississippi," he said. "If we don't, it's not going to slow down."

In Missouri, larger cities are growing rattled by a spike in cases after the state fully reopened. It reported another daily record in cases, with nearly 1,800. St. Louis is curtailing bar hours and reducing restaurant seating capacity starting Friday, and Kansas City may follow suit.

GOP Gov. Mike Parson has repeatedly refused to enact a statewide order requiring masks, citing relatively few cases in most of the state compared with hot spots in bigger cities.

Parson said last month that he didn't believe the governor has personal responsibility for any virus, and compared the illness that has killed over 1,200 people in his state to the flu. He said no one would expect him to take responsibility if someone were involved in an accident on a Missouri road.

The uncertainty has put restaurant owners in a difficult position.

Brian Schmitz, co-owner of The Bellwether and the Polite Society in St. Louis, closed the two restaurants temporarily after a guest expressed concerns Sunday that another diner recently made a social media post about testing positive for COVID-19. Schmitz said the buildings have been deep-cleaned and he's testing staff before reopening, and it's proving costly.

But "the stakes are higher than money," he said. "Money hurts, don't get me wrong. But we all work to live, not the other way around, and this puts that in stark contrast."

In Tennessee, the situation is precarious enough that Dr. Deborah Birx of the White House coronavirus task force traveled to Nashville to implore leaders to close bars and residents to wear masks. But Republican Gov. Bill Lee has vowed he won't shut down the economy again.

As of Tuesday, nearly 1,100 people were hospitalized with confirmed cases of COVID-19 in Tennessee, the highest seen there in the past two weeks. Intensive-care units are running at 86% capacity.

Nearly 70% of the state has issued some sort of mask mandate. However, enforcement has varied, with some officials hesitating to issue citations.

In Nashville, the city's famous honky tonks have seen large crowds despite a strict 10 p.m. curfew that began last week. Nursing homes in more than 70 counties have been forced to again forbid visitors.

In Oklahoma, Gov. Kevin Stitt returned to his office Monday after two weeks of isolating at home following a positive coronavirus test. It came on the same day the state reported over 1,400 new confirmed cases - the second consecutive day of record highs.

"We saw an uptick, and we wanted to be ahead of it," said Dr. John Samies, the hospital's chief of medical staff.

In Georgia, 88% of critical care beds were taken Tuesday, tying the highest level since the pandemic began, though not all critical care patients have COVID-19.

Texas Gov. Greg Abbott worried that the virus could spread even further after Hurricane Hanna over the weekend forced people to gather together indoors. The storm pounded the Rio Grande Valley, where hospitals have been overwhelmed.

"We're in a dire situation," Rio Grande City Mayor Joel Villarreal said. "If we continue on the same trajectory, countless more lives will be lost." 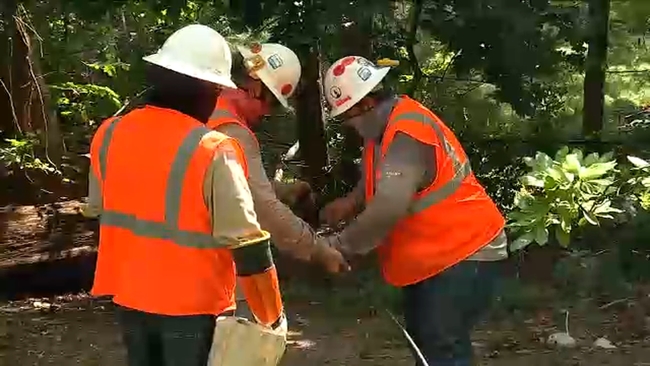 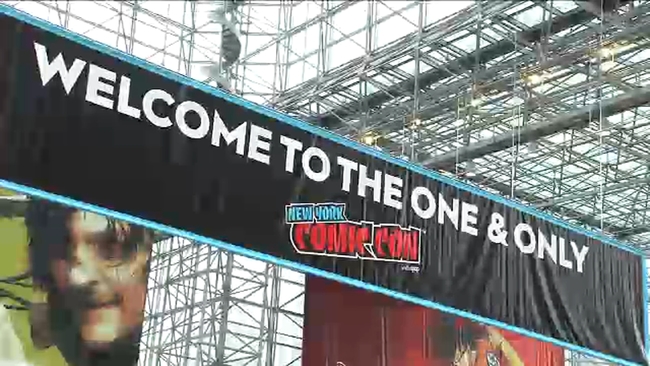