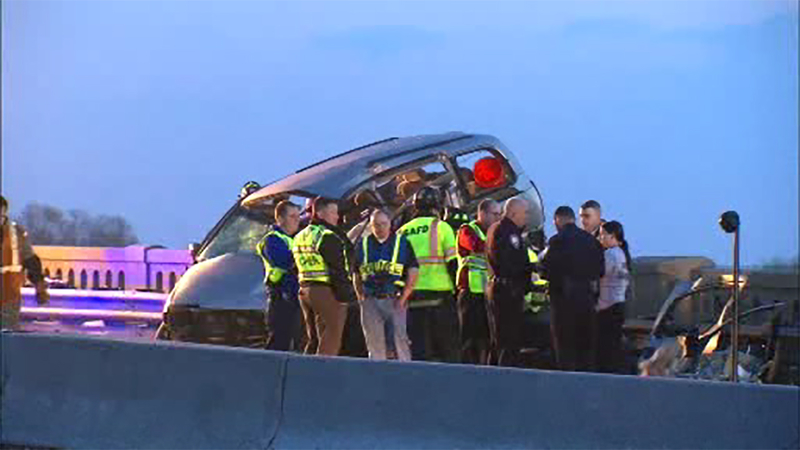 The accident happened at about 2:25 a.m. along Route 9 in South Amboy.

Miguel Mendoza-Chong, 31, of Perth Amboy was killed when his vehicle was struck by a minivan driven by Percell Livingston Jr. 51, of East Orange, according to the Middlesex County Prosecutor and South Amboy Police.

Both men were pronounced dead at the scene.

The passengers riding with Mendoza-Chong were taken to area hospitals. A 38-year-old man and a 23-year-old woman were listed in serious condition at Robert Wood Johnson University Medical Center in New Brunswick. The third victim, a 28-year-old woman, was treated at Raritan Bay Medical Center, Perth Amboy Division, and was released.

Police say the preliminary investigation has determined that Livingston turned onto Route 9 north, but was heading the wrong way when he crashed his 2002 Nissan Quest into Mendoza-Chong's vehicle, a 2011 Honda Odyssey.