Route 440 back open after tractor-trailer crash in Bayonne, NJ 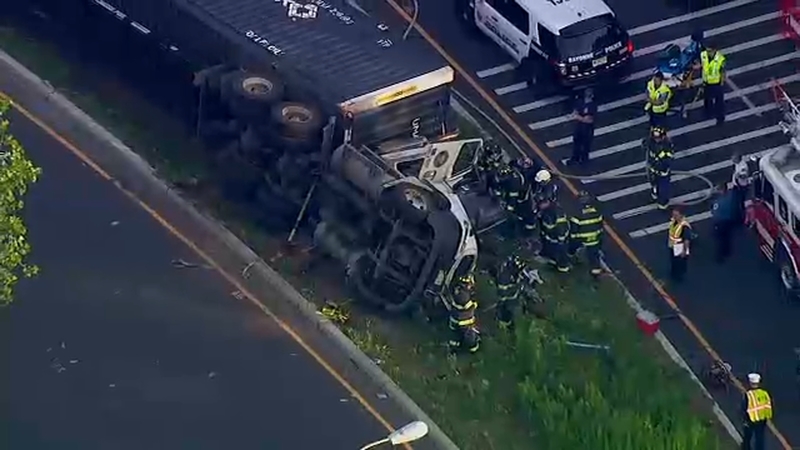 BAYONNE, New Jersey (WABC) -- All lanes of Route 440 are back open in Bayonne after a tractor-trailer crash that left a driver trapped.

The crash happened before 6:30 a.m. Friday on Route 440 just north of the Newark Bay Extension.

The truck, which appeared to have been traveling south, overturned and ended up on its side in the median.

Video from NewsCopter 7 showed first responders crowded around the cab working to free the driver, whose legs had become trapped.

Route 440 was shut down in both directions as that effort got underway. It took about 45 minutes for the driver to be extricated.

The man appeared to be awake and talking with first responders as he was wheeled on a stretcher to a waiting ambulance.

The highway remained shut down in both directions for several more hours as police investigated and crews worked to right and clear the tractor-trailer.