'This can't be real': NYC Dreamer speaks out on Supreme Court DACA ruling 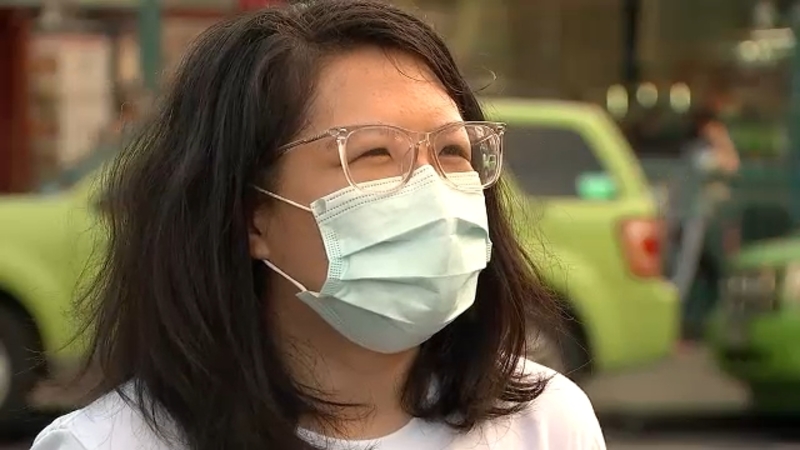 Carolina Fung Feng is one of the Dreamers who sued the Trump administration and won.

"This can't be real, but it is," Fung Feng said. "I was expecting a negative decision, it was taking too long to make a decision, the pandemic hit, the protest started, and I was just kind of like, what else can go wrong?"

On Thursday, the U.S. Supreme Court said the Trump administration was arbitrary and capricious when it summarily ended DACA, the Obama Administration program that protects 700,000 young immigrants from deportation.

People who arrived as kids and never knew they needed documents, until, in many cases, it was time for college.

President Trump had vowed to end the program and deport the so-called Dreamers.

"Wow, this decision's amazing," said Sen. Charles Schumer. "I am so happy. These kids, their families, are amazing. I feel for them. And I think all of America does."

It was in fact Chief Justice John Roberts who sided with the liberals on the court and wrote the opinion that the White House has the authority to end DACA, but didn't provide a reasoned explanation for its action for why.

And the president wasn't too happy.

"Do you get the impression the Supreme Court doesn't like me?" he tweeted, calling the decision a "shotgun blast in the face of Republicans.

These horrible & politically charged decisions coming out of the Supreme Court are shotgun blasts into the face of people that are proud to call themselves Republicans or Conservatives. We need more Justices or we will lose our 2nd. Amendment & everything else. Vote Trump 2020!

Fung Feng's parents sent her to New York from Costa Rica when she was 12 so she could study in American schools. She would become one of several plaintiffs in the case that has saved the Dreamers - at least for now.

"We today stopped him from ending the DACA program, and if he tries again, we're going to stop him again," Fung Feng said.

This is the second time this week the majority conservative court ruled against the Trump Administration. On Monday, they made it illegal to fire someone based on their sexual orientation.

On Thursday night, the president made it a campaign argument, vowing to stack the court with "new justices."