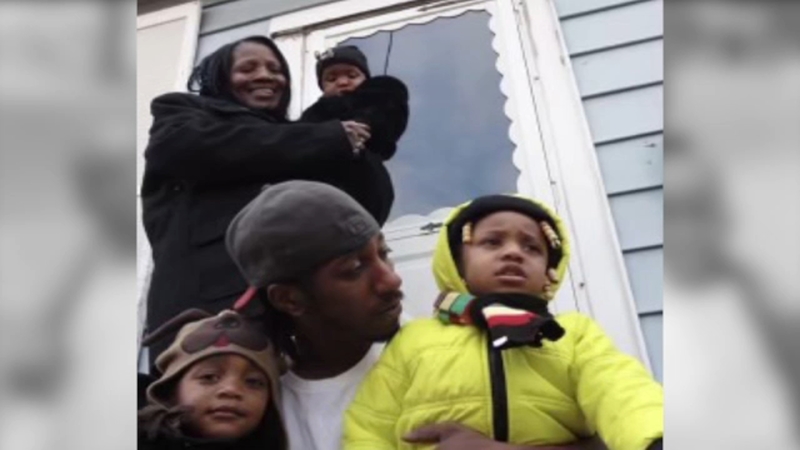 JERSEY CITY (WABC) -- A mother from New Jersey whose son was murdered just steps from her home back in 2015, but whose killer has not been found, is making a plea to the public to come forward with information.

Deloris Gibson lives in Jersey City and is the director of the Boys and Girls Club of Hoboken.

"It hurts because I don't understand why, I don't know why," Gibson said.

On June 4, 2015, her son, 35-year-old Darcel Rivers, a father of four, was visiting from Rhode Island where he had just graduated from culinary school when he was shot and killed.

Rivers was walking near Fulton Avenue and Van Cleef Street around 3:45 a.m. when prosecutors say he was robbed.

Rivers was shot in the head and pronounced dead at the hospital about 30 minutes later.

He was seen on surveillance video walking home from a friend's house after 3 a.m.

His father Darren Rivers, who was the Jersey City Fire Chief at the time, reportedly said Darcel was talking on his cell phone with his girlfriend during the incident, telling her he was being robbed before the phone went silent.

His phone and cash were taken.

"I'm begging for somebody to give myself and my grandkids some closure. Tell us why. They going to find out and these kids, I can finally say to them 'yes they found the bad person.' That's all they want to know," Gibson said.

Anyone with information is asked to contact the Office of the Hudson County Prosecutor at 201-915-1345 or to leave an anonymous tip at their website.

All information will be kept confidential.