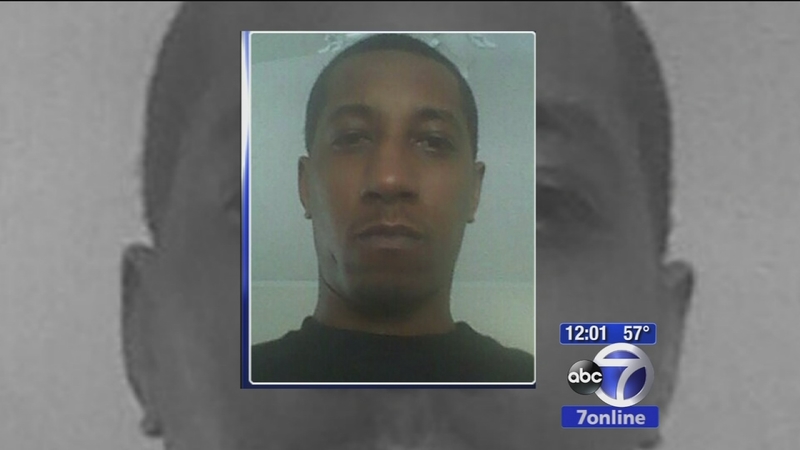 JERSEY CITY (WABC) -- It was a robbery turned murder, right at an intersection in the wee hours of the morning Thursday, claiming the life of the son of the city's fire chief.

Thursday night the mayor told Eyewitness News tough problems grip this neighborhood, but some much needed help is on the way.

It was about 3:45 Thursday morning when 35-year-old Darcel Rivers was walking near Fulton Avenue and Van Cleef Street. Prosecutors say that's when a robbery ensued and that Rivers was shot in the head and pronounced dead at the hospital about 30 minutes later.

"I saw him and I called 911 because nobody had a phone," a resident said.

Darcel, who lived in Rhode Island, is the son of Jersey City Fire Chief Darren Rivers, who reportedly said Darcel was talking on his cell phone with his girlfriend during the incident, telling her he was being robbed before the phone then went silent.

According to reports, Darcel was in town visiting his mother and four children.

"There is video and our detectives are working through it right now," said Steven Fulop, Jersey City Mayor.

Darcel was reportedly walking toward his mother's home on Fulton when this tragedy struck.

Grieving family members outside the home did not want to talk to the media.

Neighbors, meanwhile, seemed almost numb to his kind of violence.

"It's the hood man," one area resident said. "Everything goes. And the main thing, nobody seen nothing, nobody know nothing, and nobody hear nothing. That's all you gonna get."

Jersey City's mayor says this murder does hit close to home and that residents on the city's tough south side will soon see more cops on their street.

"We have 35 police officers graduating the academy tomorrow fortunately. They are all going to be assigned to walking posts in the south side of the city, and you know, we are looking to have an impact there," Mayor Fulop said.

As of now, the person or people responsible for this murder remain on the loose.

This is the second murder in Jersey City in just eight days.