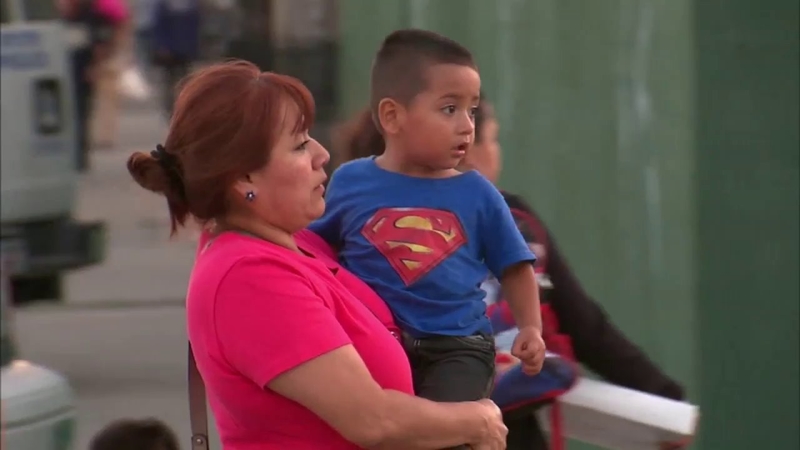 SUNSET PARK, N.Y. (WABC) -- A day care facility is now closed while it is under investigation after a little boy was left alone at a playground in Brooklyn Thursday afternoon.

Ethan Huachi, 2, was found in the park Thursday afternoon. "A random lady found him sleeping on a bench," said Diana Huachi, Ethan's mother.

He was left alone for over an hour at a playground in Sunset Park by workers at his day care center.

"He was being taken to the park with three teachers and those three teachers didn't notice that he wasn't there until later. They said that they just miscounted the students," Huachi said.

The woman who found him called police and the 72nd Precinct tweeted out this picture of Ethan hoping someone would recognize him. His mother said workers at the Quality of Life Academy day care didn't realize he was missing.

Workers were busy calling parents late Thursday night to tell them they would have to make other plans for their children while the matter was being investigated, but no one commented to Eyewitness News about it.

The day care can only have a maximum of 15 children. They had three aides working at the time. Police said one of them was questioned. No word if any charges will be filed.

"What gets me so angry is that the day care did not call me until 4:30 and my son has been missing since 12," Huachi said.

The center has a history of issues. Reina Ayala's 18-month-old son had a rash while he was there that was so bad it bled.

"I guess they weren't cleaning him right, maybe it was what they used, but it was just horrible so I had to take my son out of there," said Ayala.

"Anything could have happened! I mean, anybody -- a psycho -- could have taken him somewhere and that would have been the last day for me to see him this morning, dropping him off," Huachi said.

Quality of Life Daycare permit has been suspended and the health department will be working with families on Monday to find other day care options.