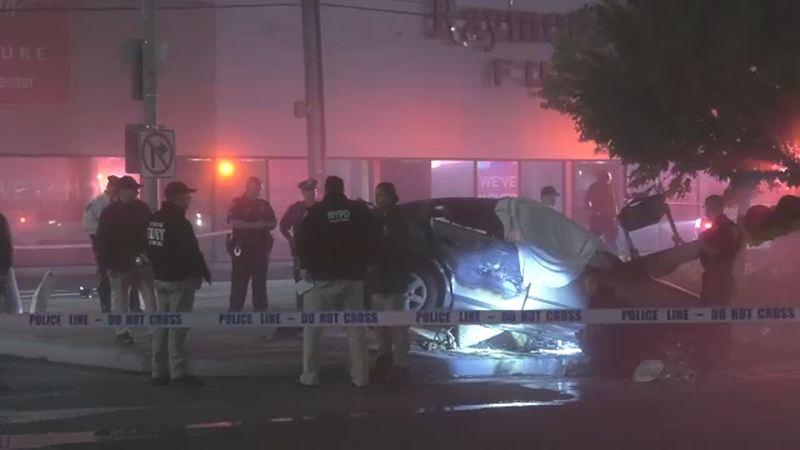 It happened around 12:00 a.m. on Flatbush Avenue near Avenue V in front of the Kings Plaza Shopping Center in Mill Basin.

Police said an investigation revealed that a Nissan Altima was apparently speeding northbound on Flatbush when the driver sideswiped the driver's side of a 2010 Ford Edge, which was stopped at a traffic light.

Police said the Nissan continued speeding through the red light before mounting the concrete center median, striking a traffic light pole and coming to a rest.

That's when the Nissan burst into flames, with the driver and front seat passenger inside. Bystanders were able to pull out the driver but were unsuccessful in removing the passenger.

Both the driver and the passenger, two men, were pronounced dead at the scene. Police have not released their identities.

Flatbush Avenue is a notoriously dangerous stretch of road. A witness who was driving home said he had recently been involved in an accident just a few blocks away.

"I mean, I got into an accident a couple days ago on Avenue U. I mean, it's Brooklyn, you know, everyone's in a rush, but you don't want to go that way," he said.