Woman's dog stolen and then sold, and you won't believe what happened next! 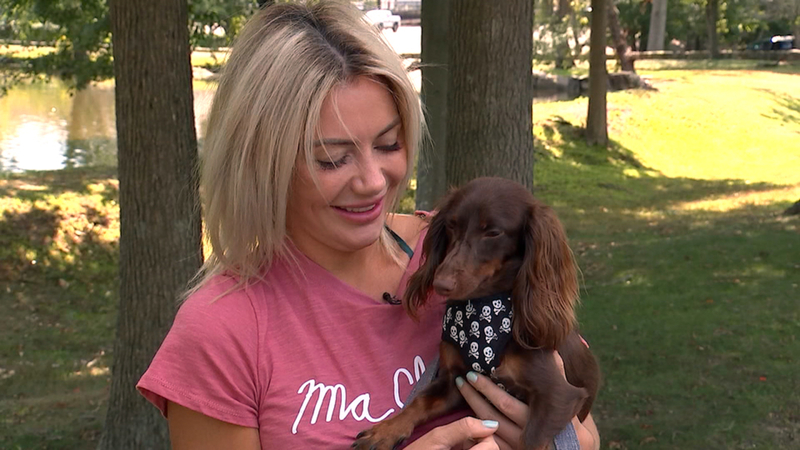 DARIEN, Connecticut (WABC) -- A Stratford man is charged with breaking into a home and stealing a dog in Darien, then reselling it for $40 in Bridgeport before its owner ultimately tracked down her pup in Wilton.

Count Chocula, a mini dachshund, was taken from Brittany Zeppelin's home on June 12.

Zeppelin took to social media and put up dozens of banners offering a reward.

She got a tip that the dog had been spotted with a woman in Bridgeport.

"I was very surprised, it's a low crime area," Zeppelin said. "To come home one day in your relatively safe town and your dog is missing and he ends up 40 miles away."

Zeppelin was able to reach the woman who purchased the dog at her job in Wilton and was reunited with Count a week later.

But police didn't track down the suspect until last Wednesday.

Darien police have arrested Dean Henton, 53, and charged him with burglary and larceny.

Henton is now being held on $120,000 bond linked to warrants issued for failing to appear in court in four unrelated cases.

Morris Animal Inn, a family-owned pet resort, has been designed with the amenities you would expect from a five-star hotel.