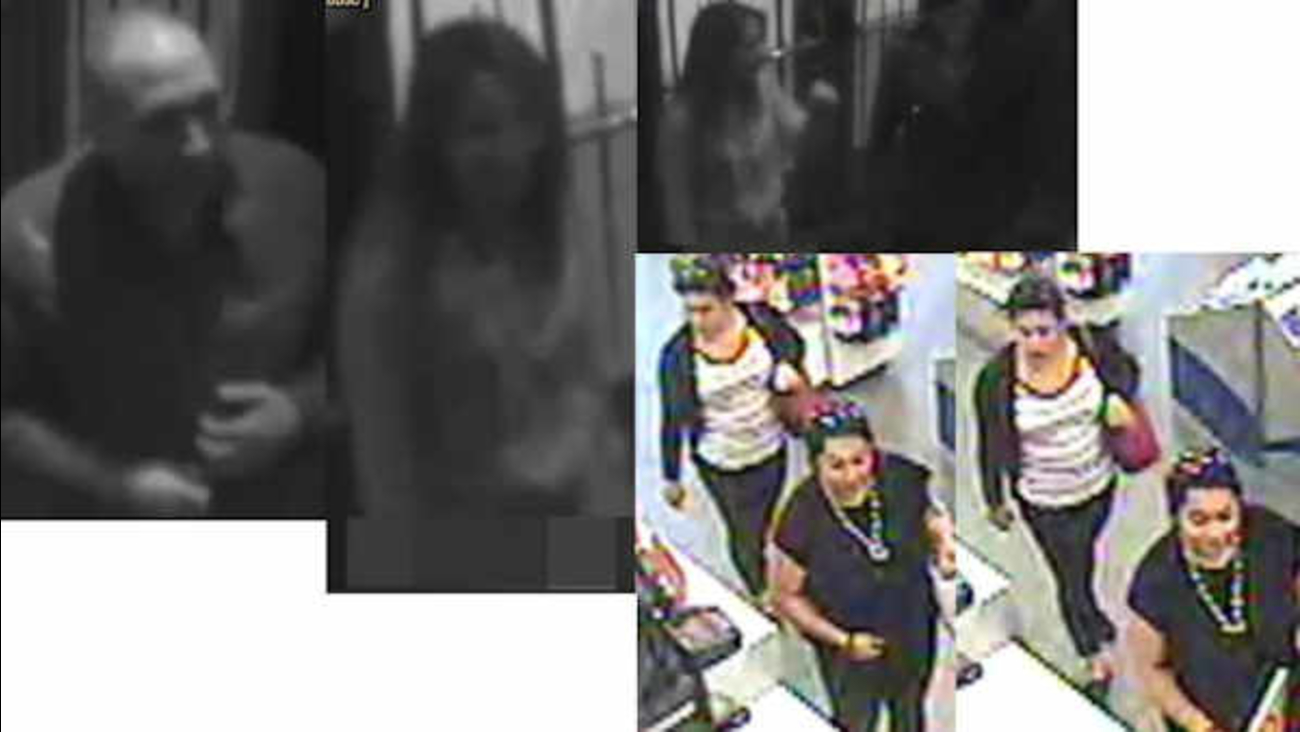 WOODSIDE -- Police are looking for five suspects wanted in a deception burglary of an elderly couple in Queens.

According to police, the victims, an 88-year old woman and her 90-year old husband were at home in the Woodside section on the afternoon of May 1 when two of the suspects knocked on the door.

When the victims answered the door, the male suspect stated that they were from Long Island Jewish Hospital and were there to see their daughter.

Once inside, the two suspects, a male and a female, started asking questions to the couple about their daughter.

A short time later, a third suspect entered the home and asked to use their bathroom.

The third suspect, a female, walked upstairs to use the bathroom and while up there, removed all the couples jewelry and their credit cards.

The suspects then left the home. A short time later, two females were captured on video surveillance at Payless shoes in the Rego Park Mall using the stolen credit card.

After that, the same two females, along with a male and two additional females are captured on surveillance video at the Outback Steak House attempting to use the stolen credit card for payment.

Detectives are looking to interview the four females and one male in regards to the burglary.