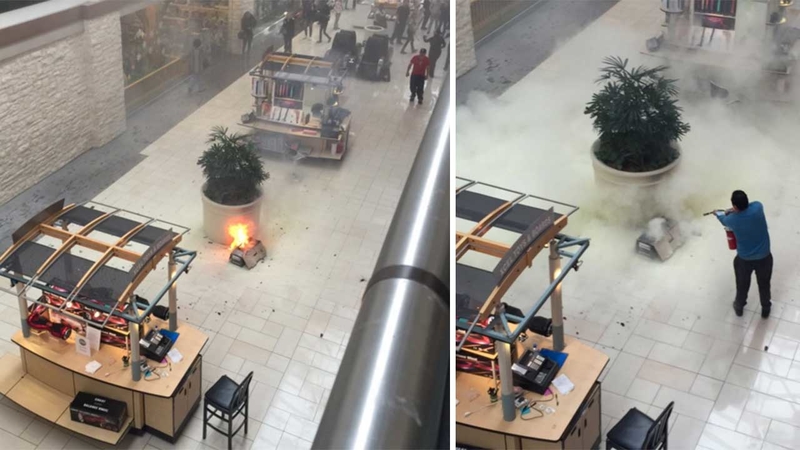 HOUSTON -- Firefighters were called to Deerbrook Mall near Houston Monday after a hoverboard caught fire and set off a small explosion.

It happened at around 3 p.m. at a kiosk that was selling them. Shoppers reported hearing the loud boom, then saw flames coming from the hoverboard.

"We heard what we thought was a bomb," said shopper Amanda Rucka. "We ran out to see, of course, to see what it was and it was actually a hoverboard that caught on fire and it was the batteries that were blowing up, not a bomb."

A worker at a mall store came out with a fire extinguisher and put out the flames, but the smoke was thick and a portion of the mall was evacuated for about an hour.

Mall workers quickly worked to put the flames out.

Deerbrook Mall issued a statement Monday afternoon, saying "This afternoon there was an incident with a hoverboard at Deerbrook Mall, which resulted in a small fire that was quickly contained. As a precaution, the Humble Fire Department responded. Thankfully, there were no injuries or property damage and Deerbrook Mall remains open at this time."