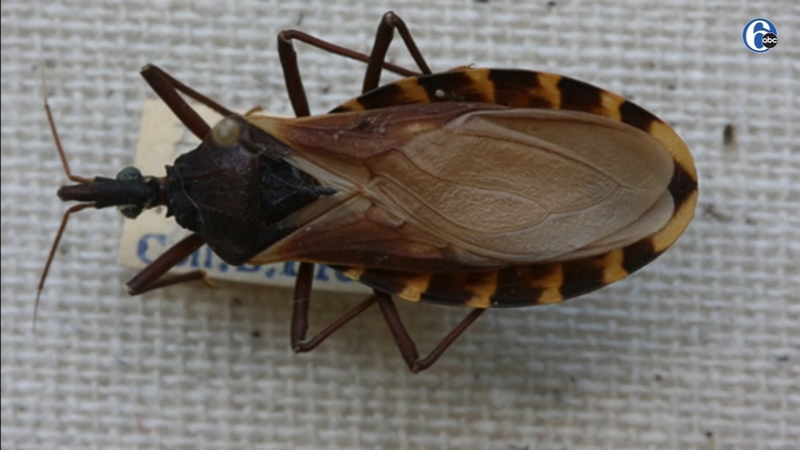 KENT COUNTY, Del. -- Officials confirm the "kissing bug" has made it to Delaware.

According to the CDC, a family from Kent County says an insect had bitten their child's face back in July of 2018 while watching television.

After testing, the insect was confirmed to be the kissing bug earlier this month (April 2019) by the CDC.

A window air conditioning unit was located in the child's bedroom where the bite occurred.

The kissing bug, or Triatoma sanguisuga, are blood-sucking insects that feed on animals and humans, and are known to bite the faces of humans.

The discovery in Delaware is the first in the state.

Fortunately, the girl didn't fall ill, but the insect bites can carry the deadly Chagas disease, which can cause serious cardiac and gastrointestinal complications.

Other symptoms may include enlarged heart, heart failure, altered heart rate or rhythm and cardiac arrest.

The CDC recommends consulting your doctor because most people do not know their illness is tied to Chagas disease.

But according to the CDC, the Delaware family reported no recent travel outside the local area.