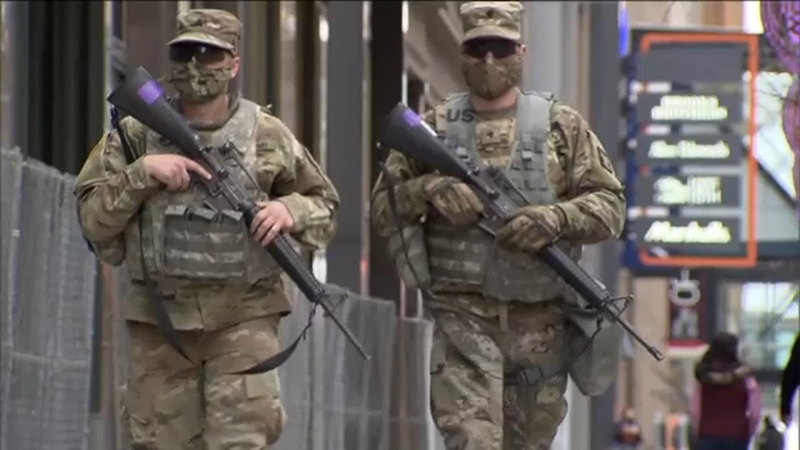 NEW YORK (WABC) -- Closing arguments will begin today in the Derek Chauvin trial in Minneapolis, but preparations for protests are also being made in New York City.

Police have been bracing across the country in case they see the same protest and riots they saw last year after George Floyd's murder.

In Minneapolis, thousands of members of the National Guard have been brought in and schools are moving to remote learning.

The defense has tried to prove drug use and an underlying heart condition led to Floyd's death.

While the prosecution is arguing that it was Chauvin's knee on Floyd's neck that killed him.

The jury could begin deliberating once both sides make their closing arguments.

"The outcome that we pray for in Derek Chauvin is for him to be held criminally liable for killing George Floyd because we believe that could be a precedence of finally making America live up to its promise of liberty and justice for all," said Ben Crump, attorney.

Meantime In Brooklyn, there are calls for the NYPD to not use excessive force during these demonstrations.

This is after the department was accused of using excessive force in the protests last summer.