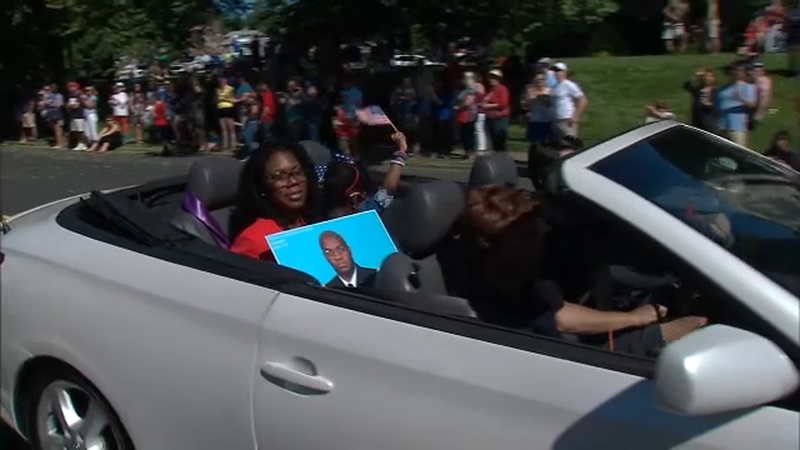 The town will posthumously name Derrick Nelson as the parade's grand marshal. His family led the parade route.

Nelson, the principal of Westfield High School, passed away at the age of 44.

He died from surgery complications after he decided to donate bone marrow to a 14-year-old boy in France.

Nelson served as an officer in the US Army Reserve for more than 20 years and was deployed to Afghanistan in 2013.

He earned his doctorate in education administration from Seton Hall University.

"Although Chief Nelson did not die in combat he died serving and attempting to save a life," said Sheronda Braker, Nelson's fiancee. "In death, Chief Nelson continued to give back by being a tissue and bone donor. Through his donation of eye tissue, Chief Nelson was able to give the gift of sight to someone who needed a cornea transplant."

Many in Westfield are hoping that Westfield High School will eventually be renamed in his honor.