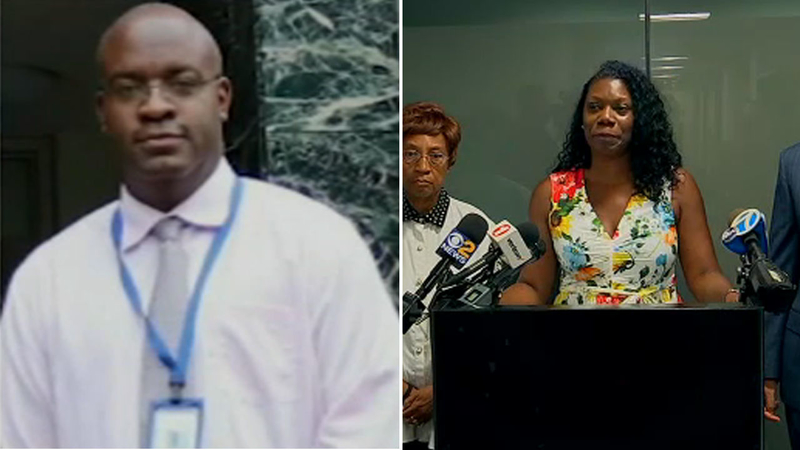 "He was really just that type of person that wanted to make a difference and we were really blessed to have him for the time we did," Sheronda Braker said.

Braker, his fiancée and the mother of his child, filed the lawsuit against Hackensack University Medical Center on Monday.

The lawsuit claims the anesthesiologist committed malpractice during the procedure which led to Nelson suffering brain damage.

"As soon as they put him under the anesthesia for the procedure, his oxygen saturation level began to fall," family attorney David Mazie said. "It was at 91 percent at the beginning of the procedure, a red flag, and they didn't stop."

Nelson's family said medical records show his levels fell to 31 percent before doctors tried to give him oxygen.

"This is justice for our daughter who's 5, who does not have her father, who cries for her father, and as a mother, you want to be able to help," Braker said. "For me, I'll never be Mrs. Nelson, we were supposed to be married June 29 and that will never happen."

Nelson, 44 at the time of his death, served as an officer in the US Army Reserve for more than 20 years and was deployed to Afghanistan in 2013.

There is a petition with thousands of names in an effort to have Westfield High School renamed in Nelson's honor.

Hackensack Meridian Health released the following statement regarding the lawsuit:

"We were saddened by the tragic death of Dr. Derrick Nelson and have shared our deepest sympathies with his family, his students, the community, his friends and colleagues he touched. He leaves a remarkable legacy as an educator and veteran. We are unable to say more at this time due to the litigation process; however, we have been in communication with the family through their legal representation. It is important to note that the safety of our patients remains our primary focus and we have one of the largest and most experienced transplantation teams in the country."