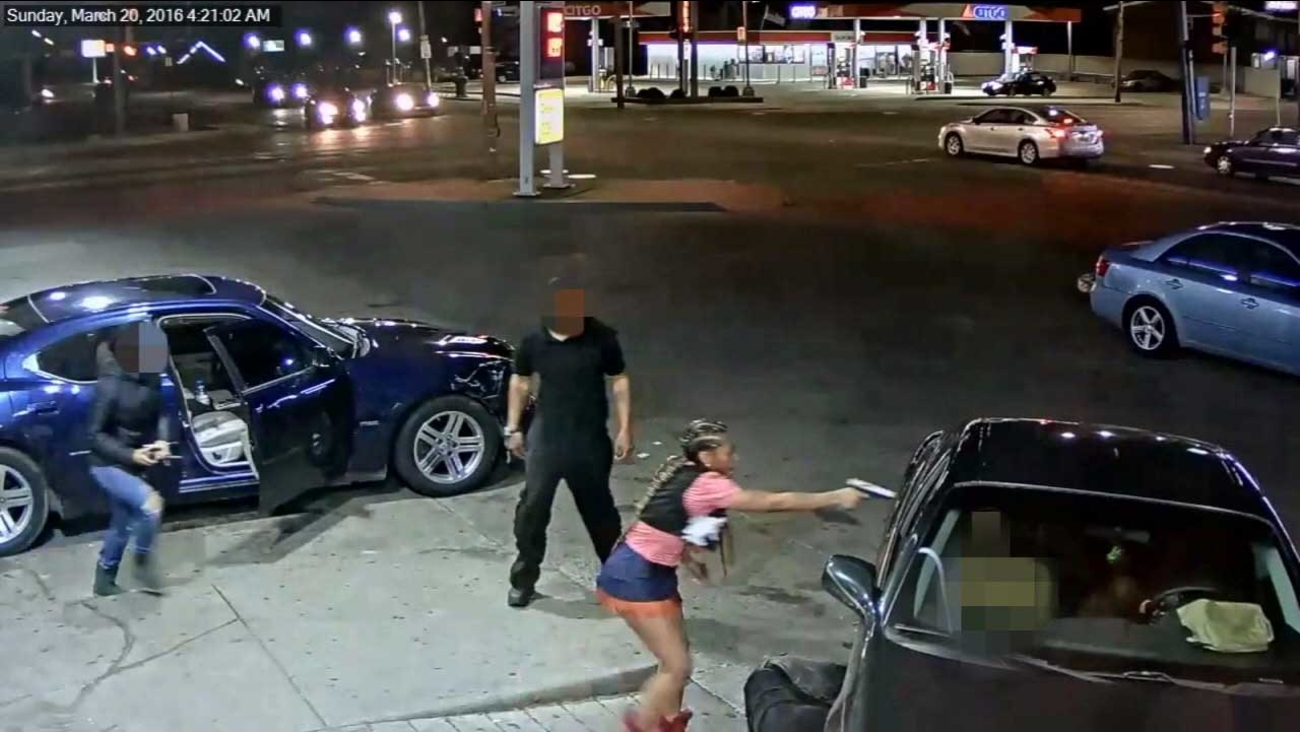 DETROIT -- A stunning shooting at a Detroit gas station where a woman pulls out a gun from under her skirt and brazenly opens fire was caught on camera.

The incident started when people in two cars got into an argument over the weekend, according to police.

That's when a woman is seen getting out, pulling a gun and firing several shots at the driver of the other car.

That driver is then seen running over a man trying to get away.

Police used the video to arrest the female shooter and another man.