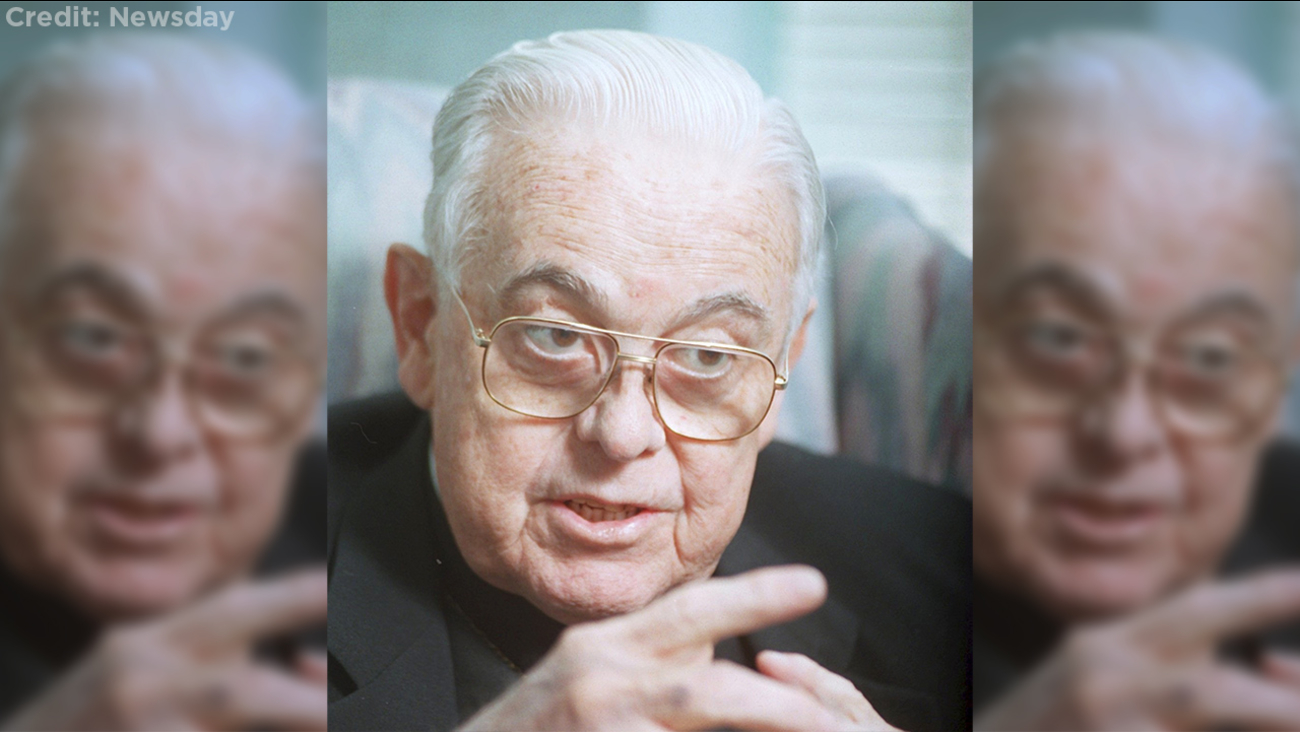 ROCKVILLE CENTRE, Long Island (WABC) -- Two women are accusing the longtime bishop of the Diocese of Rockville Centre and others of abusing them as minors.

The alleged abuse happened before Bishop John McGann ascended to the role in which he served from 1976 to 2000 before his death in 2002.

One woman claims to have been sexually abused by McGann, then a monsignor and auxiliary bishop, as well as Monsignor Edward Melton (now deceased), and Rev. Robert Brown (now deceased) while they were assigned to St. Agnes Parish in Rockville Centre.

The second woman claims to have been sexually abused by McGann, Melton, and parish janitor John Hanlon while they were assigned to St. Agnes.

One of the women alleged she was abused by McGann at least 15 times.

The women are represented by attorney Mitchell Garabedian, of Boston, who was portrayed in the 2016 Academy Award-winning Best Picture "Spotlight," and Dr. Robert Hoatson, co-founder and president of Road to Recovery, Inc., a non-profit charity based in New Jersey that assists victims of sexual abuse and their families.

In one instance, the women claimed that they were abused at the same time, according to Garabedian. They alleged that the clergymen were drinking alcohol and "passing" the girls around.

"We're talking folding, vaginal penetration, priests drinking alcohol," Garabedian said. Bishop McGann, monsignors. all being accused of sexual abuse while Rome is covering it up. They are the problem. They can't fix the problem."

The Diocese of Rockville released the following statement:

"We take all allegations seriously. Allegations concerning one victim were brought to our attention by Mr. Garabedian on Friday; and those allegations were immediately reported to the Nassau County DA's office the same day."