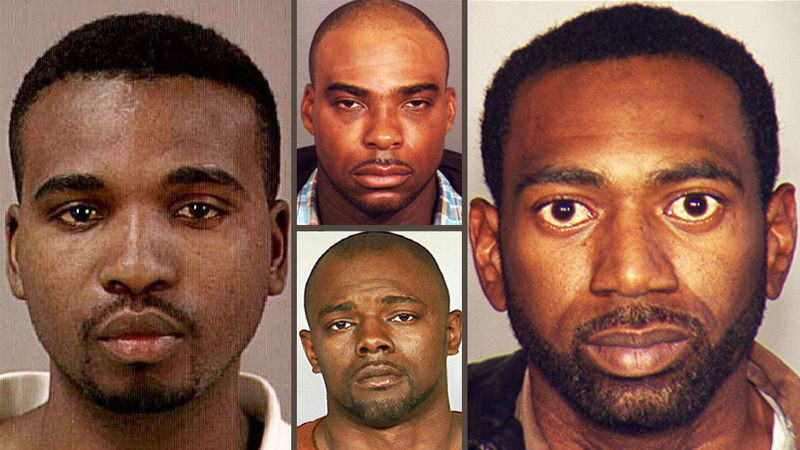 Prosecutors said the suspects were involved in a ring that sold drugs in New York City, some upstate New York counties and in Phoenix, Arizona. The alleged activity happened between June 2016 and March 2017.

NYPD Chief of Detectives Robert Boyce said this case was the first time he had seen this new form of fentanyl in NYC. Furanyl fentanyl is almost 50-percent more potent than heroin. It is a controlled substance under federal law, but is currently is not covered by New York State law because of its slightly different chemical composition.

According to prosecutors, the ring had a hierarchy set up, and those participating each had different roles in the supply and distribution operations.

Here's a flowchart showing the hierarchy of the ring, as well as most of the mugshots:

Prosecutors said Jerome Horton headed up the distribution operation in Brooklyn, with Willie Billingslea directly below him. They allegedly had multiple redistributors who purchased and resold heroin and cocaine in amounts ranging from 5 to 800 grams.

One the supplier side, prosecutors said Nigel Maloney, who was based in Phoenix, would mail heroin and cocaine to Warren Appolon, who operated out of his home in Jamaica, Queens. Appolon is accused of supplying the narcotics to Billingslea, who worked on behalf of Horton.

"When that supply chain was not enough to satisfy the high demand of the ring, the investigation revealed that the members of the ring sought additional suppliers," the DA's office said in a news release. "Joseph Raffone and Kristian Cruz allegedly served as secondary suppliers of heroin and furanyl fentanyl, apparently referred to as "White China" and received in bulk through the mail."

Here's a list of all suspects charged in the case:

Prosecutors said most of the sales occurred in hand-to-hand transactions in vehicles, buildings or on the street.

Investigators recovered a total of 2.455 kilograms of cocaine, 1.704 kilograms of heroin, 4.581 kilograms of furanyl fentanyl and 17 firearms during the investigation.

Most of the suspects in the case were arrested and arraigned on the charges last week and this week.