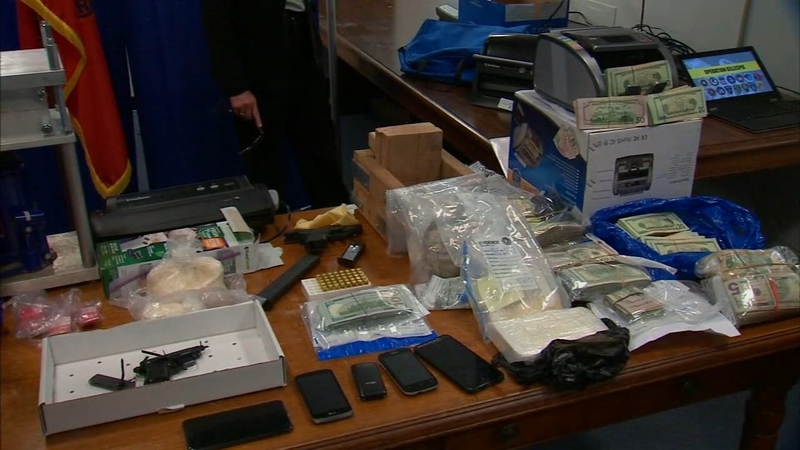 MINEOLA, Long Island (WABC) -- Authorities on Long Island say 17 people are facing charges for their role in a cocaine and heroin ring that operated in Nassau County.

Several of the suspects charged in the indictment appeared in court in Mineola Tuesday morning, all of them entering not guilty pleas. They face a number of charges stemming from the alleged drug conspiracy in operation from May 2016 to last month.

Prosecutors say the investigation used extensive electronic eavesdropping to uncover the ring, and that the conspiracy has connections to Maryland and Syracuse.

The arrests are a result of a long-term investigation by the Nassau County District Attorney's Office.

"Fourteen law enforcement agencies collaborated with my office's dedicated investigators on this massive takedown that has dismantled what we allege to be a multi-state, cross country drug trafficking enterprise that pumped huge quantities of cocaine and deadly heroin into our communities and throughout the northeast," District Attorney Madeline Singas said. "Our partners at the federal, state and local level worked together seamlessly to uncover the novel smuggling methods used in this 'family business' and to shut it down before more lives were ruined by the poison these defendants supplied."