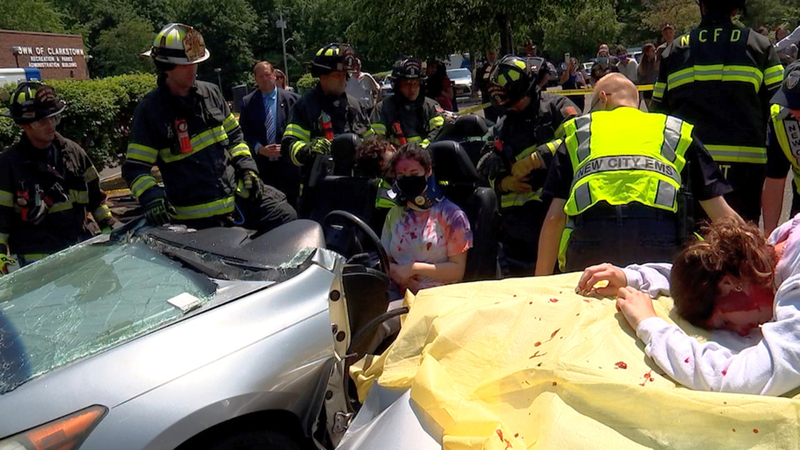 Here's how one county is trying to stop drunk driving

But the mock crash in Zukor Park was designed to prevent a real tragedy by illustrating the dangers of drinking and driving.

In April, Jacqueline Lee Zangrilli, 16, was killed in a crash in Suffern. Less than two weeks later, 16-year-old Vlad Mosyuk died in an accident in New City.

In both incidents, a teenage classmate has been charged with drunk driving.

"We need to do something because we can't have more fatalities like this," said Clarkstown Town Supervisor George Hoehmann. "People need to make smart decisions."

In the mock crash, police and firefighters responded to a two-car accident. One injured driver was extricated from her vehicle and placed on a medical helicopter for transport. The passenger of the second car was pronounced dead at the scene, while the driver was arrested for DWI.

"This was really scary to watch and it felt very, very realistic," said Autumn Kroenung, one of several teenagers in attendance. "I just don't want to put anyone in this situation ever," added Tara Connelly.