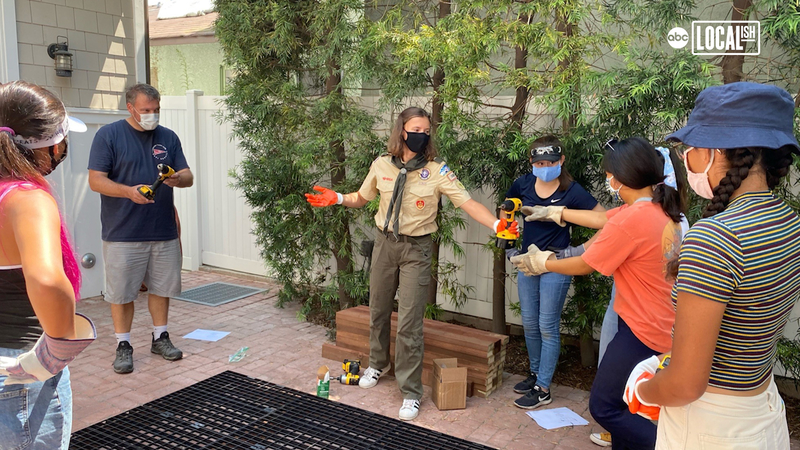 "My dad's an Eagle Scout and he always told me all these amazing stories about going into Mexico and backpacking," said Lily, 15. "I really wanted to make that part of my life and do that as well, just like him."

In February 2019, Scouts BSA, the program for youth in fifth grade through high school, started welcoming girls into the organization. The former girl scout took the opportunity to sign up at the Boy Scouts of America's Long Beach Area Council.

"We have close to 300 girls, which is between, depending on the day, between 10 and 14% of our membership," said Scout Executive of the Long Beach Area Council BSA John Fullerton.

Fullerton said that, on average, 4 to 6% of Scouts attain Eagle Scout.

"I've had some a lot of boys and even adults tell me I shouldn't be there. While it's really frustrating, it kind of just encouraged me to keep going and want to be an Eagle Scout even more," Lily said.

Over the last 18 months, Lily rose through the ranks, attaining merit badges for cycling and hiking. Earlier this year, she completed her leadership project, leading a team to build tables for a native plant nursery in San Pedro.

"I was really proud, just incredibly proud of her and really feel fortunate to have been able to do this with her," said Lily's father, Gregory.

The Morse's recently moved to Montana, where Lily said she's looking forward getting involved with a local troop to act as a leader and mentor for other girls in Boy Scouts of America.