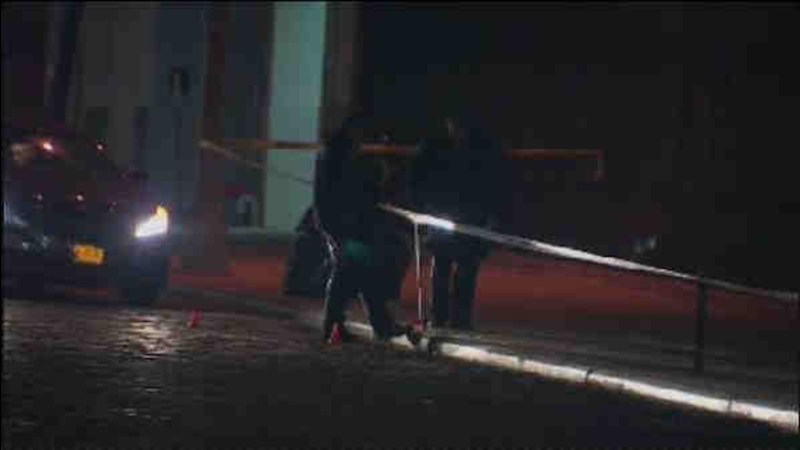 EAST PATCHOGUE, Long Island (WABC) -- A Long Island mother riding in a car Monday night was struck by a bullet during an apparent road rage incident.

The incident happened around 9 p.m., as 27-year-old Nichole McDowell was riding in a 2009 Hyundai driven by her boyfriend, 30-year-old Edward Pontis, both of Ronkonkoma.

They were westbound on Sunrise Highway in East Patchogue, near Hospital Road, when they saw a light-colored minivan driving erratically in front of them. Pontis reportedly flashed his high beams at the driver, who then stopped.

Suffolk County police say Pontis passed the minivan on the right side and pulled in front of it. The driver of the minivan allegedly sped up, driving close to the rear of the Hyundai, and started flashing his lights. Pontis stepped on his brakes, rolled down his window and yelled in the direction of the other car, according to officials.

"The vehicles engaged in dangerous conduct throughout the road rage incident, passing each other, flashing their high beams," Suffolk police Chief Stuart Cameron said. "At one point, the couple pulled in front of the other vehicle and put their brakes on."

The driver of the minivan then pulled up alongside the Hyundai and fired two shots into the vehicle, striking McDowell in her hand and leg, police said.

Pontis transported McDowell to Brookhaven Memorial Hospital Medical Center, where she is listed in stable condition. The couple's child, an 11-week-old baby girl, was in the back seat of the Hyundai at the time and was uninjured.

Neighbors of the couple can't believe it.

"It's their only child," Janice Facey said. "He is an awesome family man. They're a beautiful couple, absolutely beautiful couple. If you should hear of anything to happen to anyone, you wouldn't think it would have been them."

Authorities say the suspect vehicle was occupied by two or three people believed to be in their late teens or early 20s. It is also possible that Pontis could face charges in the incident.

"You should not clearly engage in road rage, and if you do, you never know who's occupying the other vehicle," Cameron said. "You're putting yourself in great danger, not only for the vehicle operation, but also for potential retaliation from the people in the other vehicle."