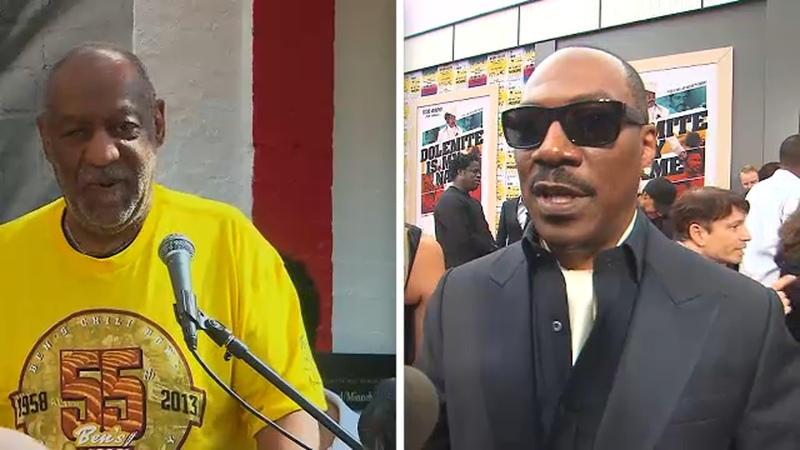 Murphy brought back several of his beloved characters such as Mr. Robinson, Gumby and Buckwheat -- but a spokesman for Cosby said he went too far when he took a jab at the disgraced comedian during his opening monologue.

"If you told me 30 years ago that I would be this boring, stay-at-home - you know, housedad, and Bill Cosby would be in jail, even I would have took that bet," Murphy said. "Who is America's dad now?"

Cosby's publicist slammed Murphy as a "Hollywood slave" and said that Cosby broke color barriers in the entertainment industry so Murphy and other comedians of color could perform.

Murphy, who is now the father of 10 children, has not commented.

Cosby is serving three to 10 years in prison for aggravated indecent assault.