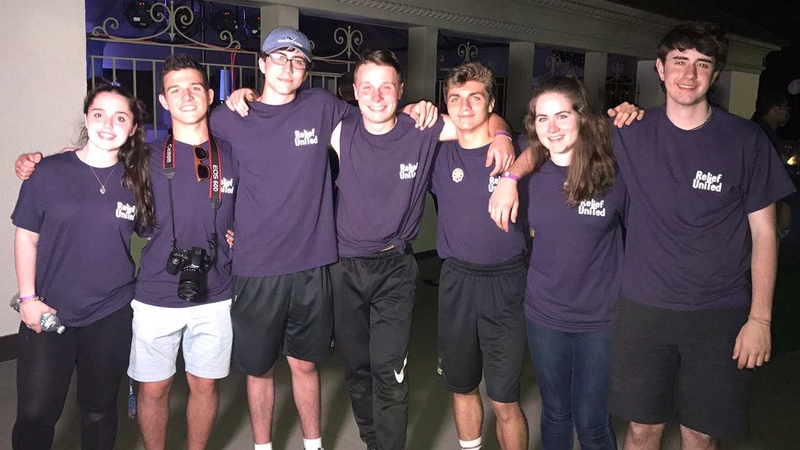 SLEEPY HOLLOW, New York (WABC) -- Really making a difference in the world is an ambitious idea seven teens from Westchester are truly committed to.

"Even the smallest person can make a change," a teen said.

Motivated by the disturbing images and headlines coming from Syria, the longtime friends organized a picnic and benefit concert at Kingsland Point Park Friday to raise money for Syrian refugee families, hospitals, and schools.

"We look at it on TV and we talk about it, but what are we doing?" said Michael Kozlwski, a student. "So I got together with a bunch of my friends and this started with a little dance in a little church and it's just expanded."

Called "Relief United" their nonprofit has already raised nearly $15,000, but the global awareness they've been able to spread to other teens via social media is truly priceless.

"That's the way our generation works now, so it was the most amazing way to get the word out and spread the word," said Lily McHale, a student.

"Our small contribution here results in a huge difference of there," said Nick Sinopoli, a student.

Now with more than 50 members, they want to continue assisting humanitarian efforts around the globe and hopefully inspire other teens to dream big and get involved.

"Aleppo and Syria is what we're focusing on right now, but we hope in the future to work on other parts of the world," said Jane Signman, a student.