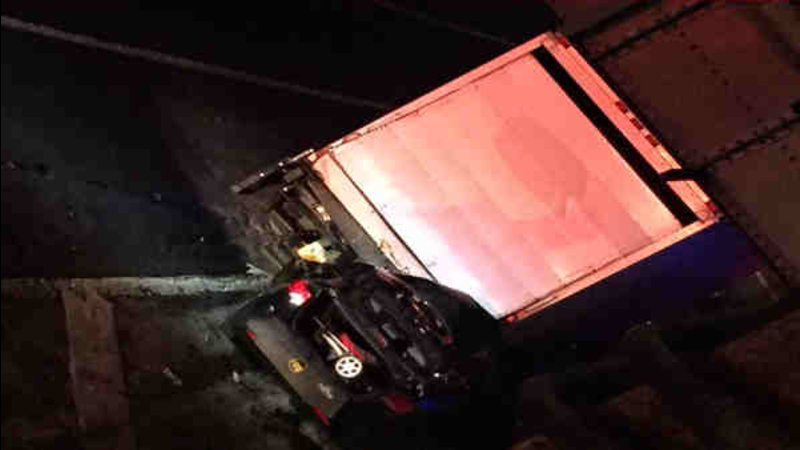 Just before 3 a.m., police responded to a crash at Grand Central Parkway and 31st Street.

They discovered two unconscious men inside a 2014 Black Hyundai Elantra. 32-year-old Eran Felices of Queens and 36-year-old David Garcia of East Harlem were pronounced dead at the scene.

According to the New York City Police Department, the Elantra was eastbound on the Grand Central Parkway when it hit the rear of a 2011 white box truck parked on the right shoulder of the Grand Central near the 31st Street overpass.

The man inside the truck remained at the scene and the investigation is ongoing. The eastbound side of the Grand Central remained shut down through the morning.

It is unclear what caused the wreck.