Toni Yates has the latest on the election results in New Jersey.

Menendez, 64, won a third term after a grueling campaign. The contentiousness continued after the victor was declared in the race, as Menendez reportedly called Hugin, who did not take the call. Hugin's campaign chair later called Menendez's campaign back.

Speaking to reporters after his concession speech, Hugin acknowledged he did not call Menendez. He said that would have been "disingenuous."

Hugin tapped his deep pockets for at least $27.5 million and spent on TV ads attacking Menendez over the 2017 trial on charges that he helped a friend with Medicare billing in exchange for lavish gifts.

The charges were dropped this year, after a mistrial.

Menendez focused his campaign linking Hugin to President Donald Trump, highlighting past contributions to him, despite Hugin's claim he would be an independent voice.

Hugin spoke shortly after the polls closed in New Jersey on Election Night:

Hugin grew up in Union City but lives in Summit. He served 14 years in the Marines Corp. and Marine reserves before working as an investment banker for J.P. Morgan & Co. for 14 years. He then joined Celgene Corporation, where he was CEO from 2006 to 2010, and Chairman from 2010 to 2016. Hugin earned $22.5 million there in 2016, and Forbes estimates the value of his Celgene stock at $33.9 million.

Menendez is the senior United States Senator from New Jersey, a seat he has held since 2006 when Governor Jon Corzine appointed him.

He was born in New York City, but also grew up in Union City. He entered politics at age 20, first elected to the Union City School District's Board of Education and then in 1986, he won the election for Mayor of Union City.

New Jersey has not elected a Republican to the Senate since 1972. 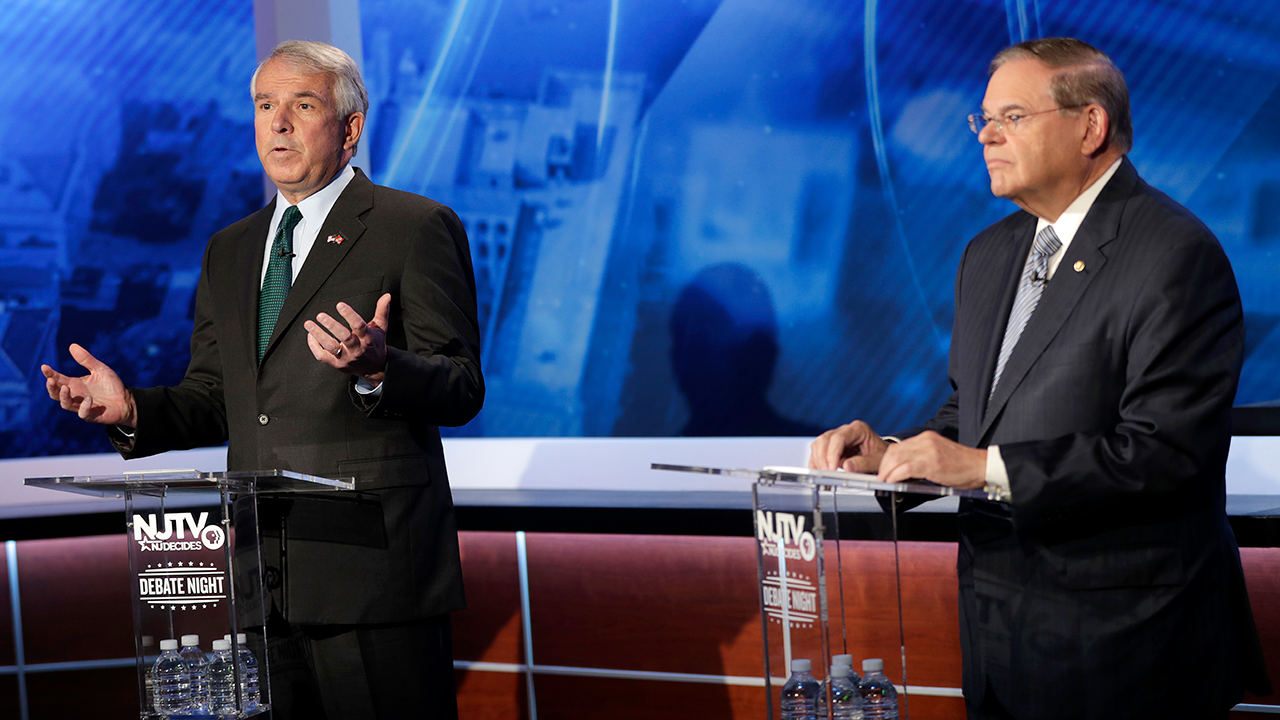 NJ Senate candidates face off in only debate