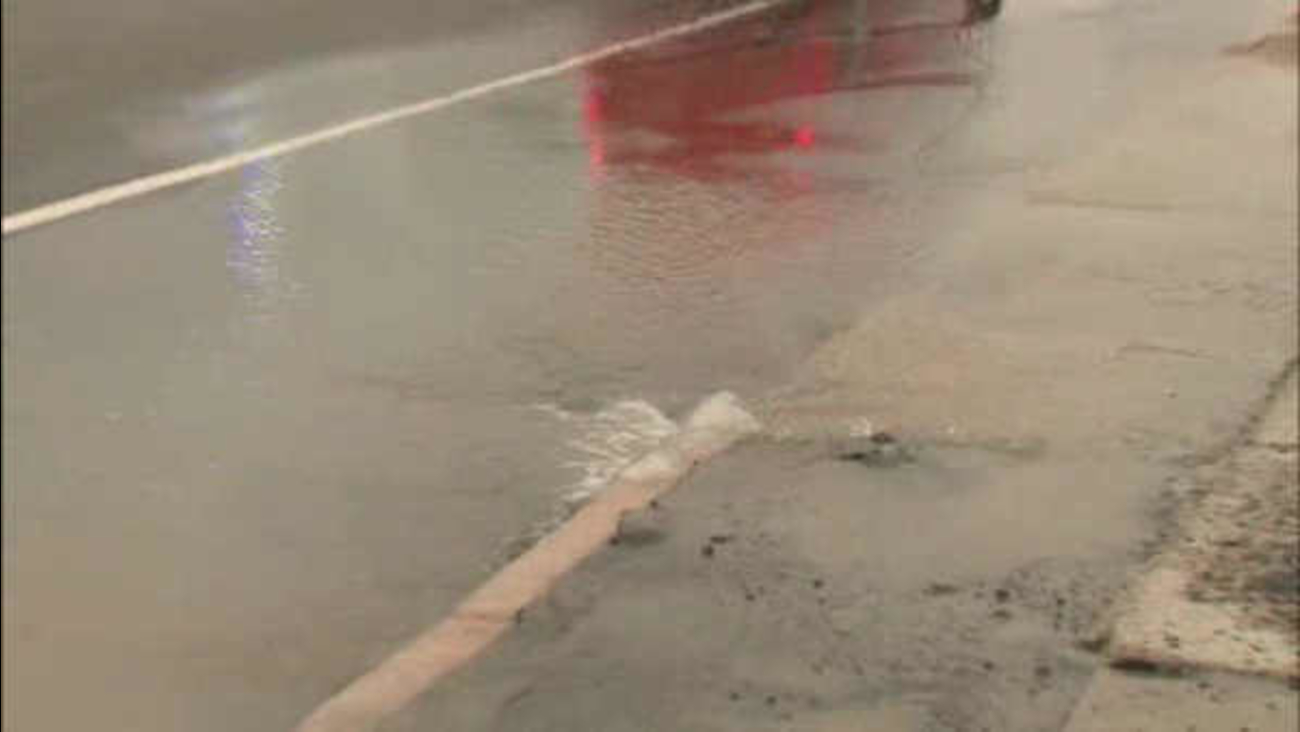 A spokesperson for New Jersey American Water says there were 7 or 8 breaks, all in the same area, starting just after 4:30 a.m.

All the breaks were relatively small, but water workers were trying to figure out why all the mains broke at around the same time.

One main broke along Routes 1 & 9, sending water flowing down the shoulder. Two northbound lanes were closed near Olive Street for workers.

The other breaks included --

NJ American Water spokesperson Peter Eschbach said the greatest impact is on Spring Street, where there are 3 breaks next to each other.

The company hopes to have repairs made by the afternoon rush hour.