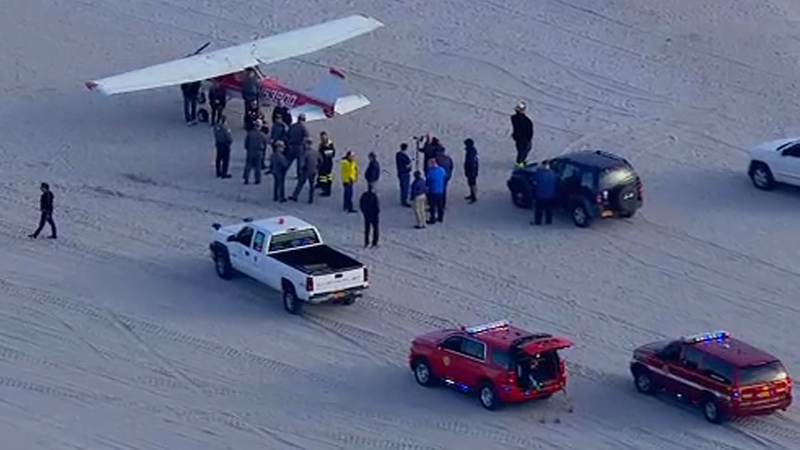 The aircraft departed from Stevensville, Maryland, bound for MacArthur Airport in Islip, when officials say the aircraft experienced an engine-related problem.

There were two people aboard, and no injuries were reported.

Witnesses said they feared the plane was going to crash.

"I thought it was going to do a nose dive," witness Richard McElligott said. "It's pretty hard landing over there on the sand. It was pretty good pavement for him to land on. Whoever flew the plane and landed like that is one hell of a pilot, I'll tell you that."