WABC
By Danielle Leigh
FLATIRON DISTRICT, Manhattan (WABC) -- Expert engineers speculated Thursday the steam pipe explosion in the Flatiron District of Manhattan may have been caused by a pipe failure due to age, maintenance work or something unconnected that disturbed the steam pipe system.

"They have a big aging infrastructure problem they have to deal with," said Michael Tobias, founding principal of New York Engineers.

According to Con Edison, New York City is home to the country's largest steam power system.

More than 100 miles of underground piping carry steam from five plants to more than 1,600 customers in buildings around Manhattan where the steam is used for heating, cooling, and sterilization, according to the utility company.

Tobias said leaks are increasingly common in the city's nearly 150-year old system and explosions occur due to catastrophic failures caused by a variety of factors.

While steam pipe explosions are not common, blasts have happened more than a handful of times in New York City since 1987.

On July 18, 2007; just over 11 years ago, a deadly steam pipe explosion at East 41st Street and Lexington Avenue occurred in part due to a phenomenon known as a "water hammer," according to an incident investigation.

A water hammer occurs when cool water comes in contact with the exterior of a steam pipe, cooling the pipe and causing steam inside the pipe to turn to water. The mixture of steam and water inside the pipe causes pressure to build which can lead to an explosion.

Debris from maintenance work had also clogged devices intended to release pressure on the pipe in the 2007 blast, according to the investigation.

Tobias speculated a water hammer could also be a factor in the blast Thursday at 5th Avenue and East 21st Street.

7 On Your Side Investigates found an open permit for work on a water main near the intersection set to begin next week, but the city's Emergency Management Commissioner expressed doubt the incidents were connected.

"They were going to work on the water main which is across the avenue from where that steam pipe was," said Commissioner Joseph Esposito. "So that permit and that work appears, right now, to have nothing to do with the steam pipe rupture."

While investigators try to determine what did cause the rupture, Tobias warned the city's system is becoming increasingly vulnerable to this type of failure.

----------
* More Manhattan news
* Send us a news tip
* Download the abc7NY app for breaking news alerts
Report a correction or typo
Related topics:
flatironmanhattannew york cityexplosion7 on your side investigation
Copyright © 2020 WABC-TV. All Rights Reserved.
7 ON YOUR SIDE INVESTIGATION 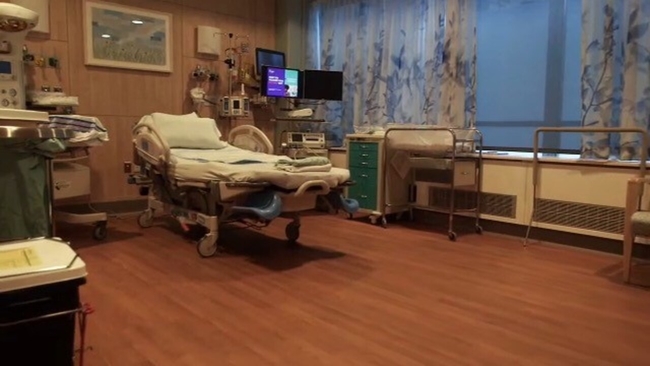