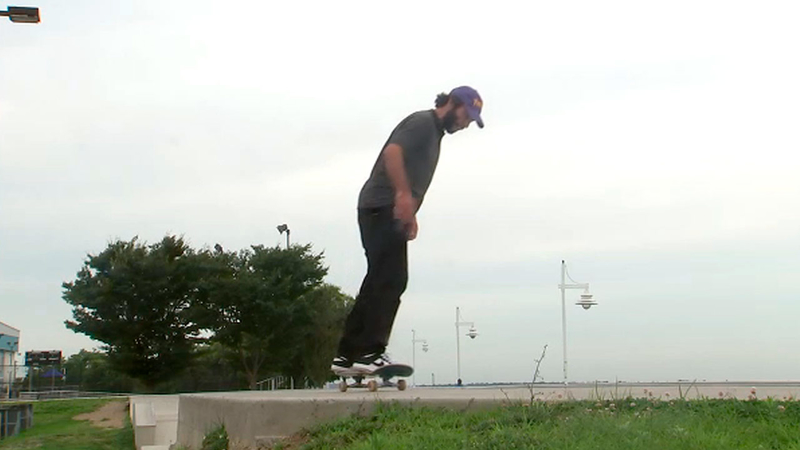 LONG BEACH, Nassau County (WABC) -- During these first four days of August, more than 50 films will be screened as part of the Long Beach International Film Festival, and among the movies to be shown there will be one from a Long Beach native.

Brian Adamkievicz is in pursuit of twin passions.

"I started skateboarding, here in Long Beach, my first time ever when I was 10-years-old," Adamkievicz said. "And then just watching skate videos with my friends, I just fell in love with filmmaking."

His latest film will be shown as part of a program called "Shorts On The Beach" at this year's Long Beach International Film Festival.

"Being a filmmaker in Long Beach, it's always just a passion of mine to get a film of mine screened and supported by my hometown," Adamkievicz said.

His movie "Build Ramps Not Walls" was called the best student documentary at this year's Cannes Film Festival in France.

It's a response to President Trump's plan to build a wall between Mexico and the U.S.

Adamkievicz traveled to Punta de Mita to build a park with one of the kids he taught to skateboard.

"He was born in Mexico and he goes to school there, and he comes to Long Beach to visit every summer," Adamkievicz said. "So with his fear of not being able to come back here, we built the park."

Adamkievicz said he never expected a movie about that would become such a big deal.

"I thought this film would be like an online web clip," Adamkievicz said. "Now, we won at Cannes and we're in the Long Beach Film Festival, so it's really just a dream come true of how much notice and success this project is receiving."