WABC
By Sandy Kenyon
NEW YORK (WABC) -- One of the joys of watching the hit ABC sitcom "Black-ish" has been watching the kids grow up, and Marsai Martin -- who plays one of the twins -- stood out in a strong cast headed by Anthony Anderson and Tracee Ellis Ross.

But the 15-year-old's achievements away from the series have also drawn plenty of attention.

"It's been a year since we actually shot 'Little,'" she said. "It's an amazing experience, since it was one of the first movies I've done on the theatrical side."

She also served as executive producer of the film.

"So just getting to know stuff that's going behind the scenes and also in front of the camera too, and learning all the tips and their opinions and stuff," she said. "It's been a really cool experience, and it's something I'll never forget."

After Season 1 of her hit show, Martin took the extraordinary step of firing her agents when those adults couldn't dream big enough.

"They didn't see the vision," she said. "They didn't see the bigger picture of everything. They just said, like, 'Shoot, you have this show. Man, that's it, you should just stick to that.' And we'd say, how about we just create something or create something that is for us, by us. They were like, 'I don't know.' I think that's where it kind of went wayward from there."

She feels like they were looking at her only as a little kid, but she sees herself as a role model and believes there are lessons to be learned from her success.

"When I found out I was the youngest executive producer for a big theatrical film, I was like, 'Oh, are you sure?'" she said. "And then I looked it up, and it really was (true). And for it to be a young black girl from Texas to actually make it this far, that will definitely inspire people to keep moving forward. This isn't the end, you know? This is actually just the beginning." 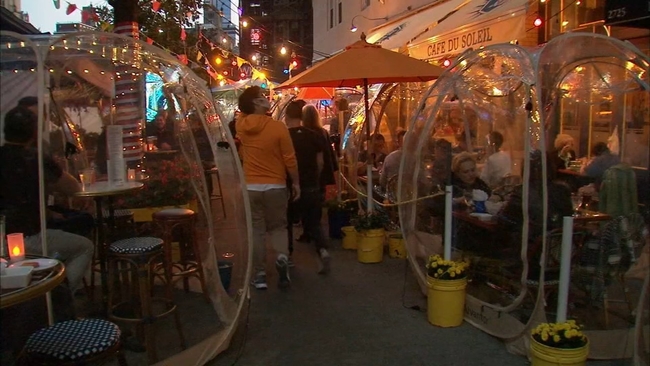