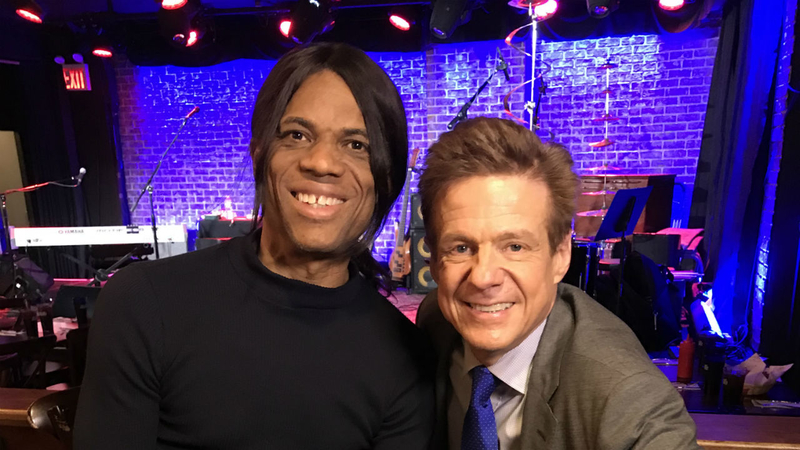 MIDTOWN, New York City (WABC) -- Iridium started as a jazz club on the Upper West Side a quarter of a century ago and moved to the heart of Times Square in the summer of 2001. One thing that keeps people coming back is the chance to hear great live music in a venue that puts you close to the action.

If guitar gods had a Mount Olympus, then Iridium could be the summit. For Stanley Jordan, the Midtown joint isn't as grand as all that. In fact, it is the intimacy of the club that makes it so special.

"When I'm closer to the people it definitely helps," Jordan told Eyewitness News, "because I feel I'm playing off their energy."

There is no lack of energy at his sound check which happens hours before the first patron descends into the basement where Iridium is located.

"I love to try new things at Iridium, people are always open minded here," he said.

Jordan graduated from Princeton University in 1981 with a degree in music. As a student he was a prodigy, an innovator even as a teen. Over the decades, his spirit has remained intact.

Jordan started in jazz and then branched out. Iridium has followed a similar arc.

"We were a jazz club for a long time, and that's how a lot of people knew us," said the owner of Iridium, Ron Sturm.

One man, known as the father of the electric guitar, changed that point of view of the club.

"Les Paul would sell-out every Monday night, and we basically became a guitar mecca," said Sturm.

Paul performed in Sturm's club until the age of 93. After Paul's passing when he was 94, the idea was to keep his flame alive by hosting the best musicians of those he inspired.

Paul's godson Steve Miller called Iridium a "sacred ground" hosting an astonishing variety of artists who have performed there.

"It's like people are hanging on your every note," Sturm said.

Among Iridium's roster of musicians is the drummer for The Rolling Stones, Charlie Watts, who played the club last week. The venue is like a clubhouse for famous musicians where anyone can get in. It's an intrinsic part of the famed club's appeal for years.