'Pilot Pete' ready to find love as ABC's 'The Bachelor'

WABC
'Pilot Pete' is ready to take off on a new adventure as the new "Bachelor."

Peter Weber will star in the 24th season of "The Bachelor," premiering in January 2020.

"This is the craziest thing that's ever happened to me. It's such a blessing," Peter said.

After finding love on Hannah B's season of "The Bachelorette," he went home broken-hearted.

But now the 28-year-old Delta pilot says he's ready to move on from the windmill.

He's now ready to move into the pilot seat on "The Bachelor."

"Obviously, you know, I'm a pilot and flying is my first love so anything flying related, I would love to share that with some girls hopefully on a date," Peter said.

Peter spoke to "Good Morning America" about what he learned from being on Hannah's season.

"Hannah, she did such an amazing job of just being her 100% true self. That raw self from literally night one till when I said bye to her," Peter said.

He still thinks she did not make the right decision.

"No, I don't. I'm just being very honest," Peter said. "Tyler and I, we probably would have both said the same answer - that we thought that she should have picked us. And the relationship I thought Hannah and I had, I thought was very strong, and I was very confident in it, and I thought there was definitely a future there." 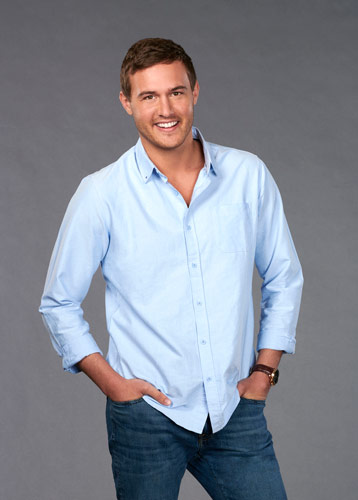 The California native charmed Hannah - and viewers - early on. Hannah even called him the "dream guy" as she said goodbye to him without explanation.

But now, he's found closure, and is ready to find love again.

He described his "dream girl" for "GMA."

"Obviously it sounds cliché, but that girl is my best friend. And you can wake up every single morning and just - makeup on and no makeup - you are just so madly in love with her and you can't believe that you were lucky enough to find her and spend the rest of your life with her," Peter said. "The girl that is as thirsty for adventure as I am and just constantly exploring and never is gonna lose that. A girl that family is extremely important to her because for me coming from such a close family that's my rock."

Peter says he knows from his own experience this process works and says he's ready to show a different side of him.

"I'm very far from perfect and I am looking forward for this journey to start and to show the girls that you're gonna get the good, the bad and ugly," Peter said. "This pilot's got some edge, not going to lie."

As for the women waiting to meet him? He has some advice.

"I waited a little bit too long to fully open up my heart to (Hannah) and show that vulnerable side. And if I could encourage the women not to do that I probably would because - don't wait too long," Peter said. "If you're feeling it for me I want to know and I'm going to give it right back."

Trevor Holmes talks about week 2 of 'Listen to Your Heart'

Colton Underwood gets candid about 'Bachelor' experience and COVID-19