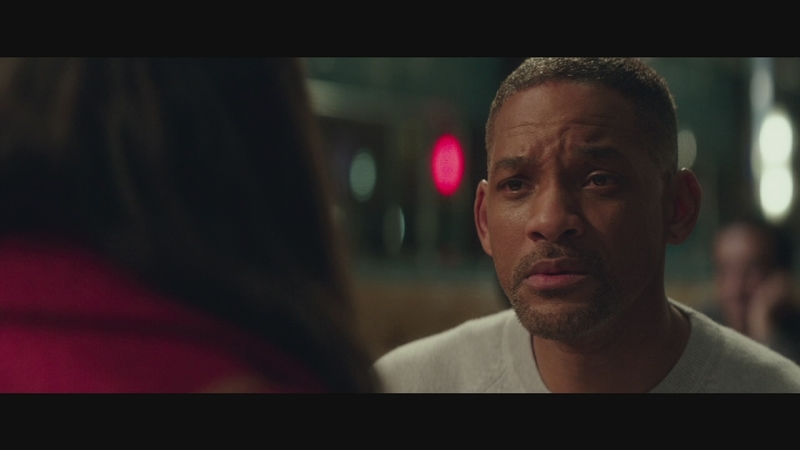 NEW YORK CITY (WABC) -- Precipitation and cold weather may make this weekend a perfect time to go to the movies. Although the newest Star Wars film has landed in theaters, "Rogue One" is not the only new film out this weekend.

"Collateral Beauty," starring Will Smith, is the darkest and most depressing movie to ever be released during the holiday season. It also qualifies as one of the worst movies of this year.

The only value to be found from this flick is the "collateral" it earned local businesses in New York, which earned $14 million from the time spent filming the movie in the city.

Smith plays a man who has lost his way after the death of his daughter. His business partners, played by Ed Norton and Kate Winslet, decide desperate times call for desperate measures. So they hire actors to impersonate love, time, and death.

Smith is a talented actor, capable of doing a lot more than his action movies require. Unfortunately, he has not been able to find the proper vehicle to showcase his considerable talent. Simply put, his "picker" is broken.

Grief is such a powerful emotion that there is no excuse for such a weak film centered around it. Certified "rotten" online, the film's only positive attribute is that it is short, saving the viewer from a film that cannot be saved.

Another film in theaters this weekend brings a play to life on the silver screen. The duo of Viola Davis and Denzel Washington headline the big-screen revival of the August Wilson play "Fences." Washington directed the film, based on the Pulitzer-prize winning play of the same name.

It is said a man is only as sick as his secrets, and even though the audience knows what they are, watching the slow reveal never gets old.

"Fences" works better as a play than a film, but it is still outstanding. It opens in limited theaters this weekend and more on Christmas Day.

For Oscar watchers, another movie that's been in limited release but will be moving into many more theaters is "Manchester by the Sea." It is one of the best movies of the year, and Casey Affleck should bring home an Oscar for this one.