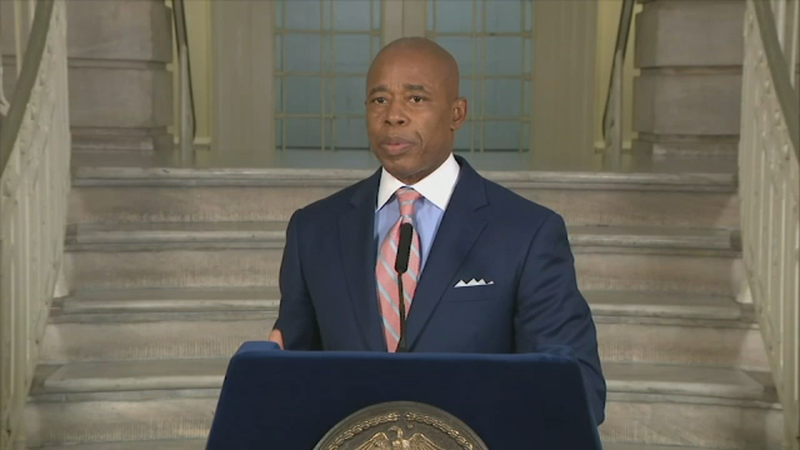 NEW YORK (WABC) -- Mayor Eric Adams has issued an apology after video surfaced from a private meeting in 2019 where he used an inappropriate word to refer to white officers who he described as racist.

Adams, a 20-year veteran of the NYPD, often battled internally with some colleagues. He was speaking at a private event in Harlem in the video, but on Friday, admitted it was wrong.

"Definitely apologize, inappropriate comments, should not have been used, someone asking me a question using that comment and playing on that word, responded in that comment," Adams said.

It's the kind of controversy that typically surfaces and is address on the campaign trail.

"Clearly is a comment that should not be used and I apologize, not only to those who heard it, but to New Yorkers, because they should expect more from me and that was inappropriate," Adams said.

The video was shot during a private event hosted by the Harlem Business Alliance in December 2019.

Thomas Lopez-Pierre filmed the video. He was asked if he thought the comments were inappropriate at the time.

"Uh, no, then candidate, now mayor made a public commitment to take 30% of billions of dollars in city contracts and spend it with Black and Hispanic and Asian women owned businesses," Lopez-Pierre said. "And that's the reason why I voted for him."

Lopez-Pierre held onto the video for years but recently released it to show support for Adams.

"Eric Adams is a big boy, he's a politician, who cares about criticism, he's the mayor," Lopez-Pierre said.

"My fight, you know, my fight in the police department was fighting racism throughout my entire journey and I was serious about fighting against that," he said.

In response to the video, the PBA said:

"Whenever a controversial video of a police officer surfaces online, we ask for fairness instead of a rush to outrage. We will apply the same standard here. We have spoken with Mayor Adams about this video. We have spent far too many hours together in hospital emergency rooms these past few weeks, and we've worked together for decades before that. A few seconds of video will not define our relationship. We have a lot of work to do together to support our members on the streets."